If you are iPhone and iPad owner,you now can download Aloha for free from Apple Store. The application is supporting English language. It weighs in at only 1.9 MB to download. The new Aloha app version 2.1 has been updated on 2014-11-27. The Apple Store includes a very useful feature that will check if your device and iOS version are both compatible with the app. Most iPhone and iPad are compatible. Here is the app`s compatibility information: Compatible with iPhone, iPod touch, and iPad. Requires iOS 3.0 or later
More Info: Find more info about Aloha in Lagniappe Applications`s Official Website : http://sites.google.com/site/lagniappeapps/

ALOHA...How Do You Say, In 100 Ways....Now ALOHA has audio recordings so you can hear how the translation sounds. The crew at Lagniappe Applications is excited about meeting people from around the world to gather ...

O would like to hear someone pronounce the word I love to say helloand good bye in many languages because I like to bother my friends but I would like to pronounce it correctly           Well So so
By Kostas Gar.
​ 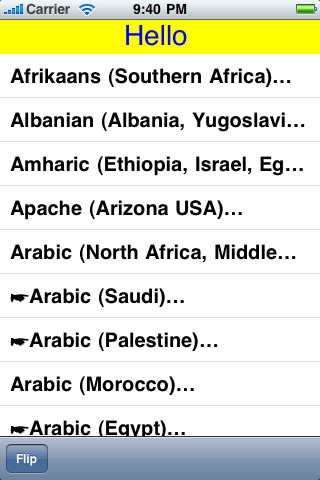