The Audio Recorder for iPad is now available for $0.99 for iPad owners. The application is supporting English language. It weighs in at only 1.3 MB to download. It is highly advisable to have the latest app version installed so that you don`t miss out on the fresh new features and improvements. The current app version 1.0 has been released on 2014-11-31. The Apple Store includes a very useful feature that will check if your device and iOS version are both compatible with the app. Most iPhone and iPad are compatible. Here is the app`s compatibility information: Compatible with iPad.Requires iOS 3.2 or later
Bottom Line: For more information about Audio Recorder for iPad check developer Winkpass Creations, Inc.`s website : http://www.winkpass.com

The ultimate audio recorder for your iPad. FEATURES: Begin recording with one touch View a list of saved audio recordings Rename recordings as needed Transfer your recordings to your computer with WiFi Record when iPad is ...

Ive used this for a year Export is easy to your desktop the caf files can quickly be converted in bulk processing via an application available online for free However lately the app is crashing frequently using iOS 5 now           Pretty good some problems
Recording is easy The wifi export is a caf file What is that     Export doesnt work
Easy to use until you want to save Had to download audacity to convert to a usable audio file           Ok
By Kostas Gar.
​ 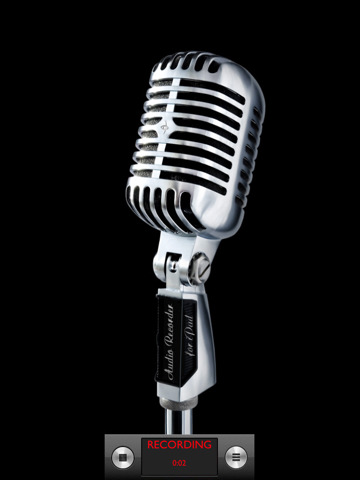 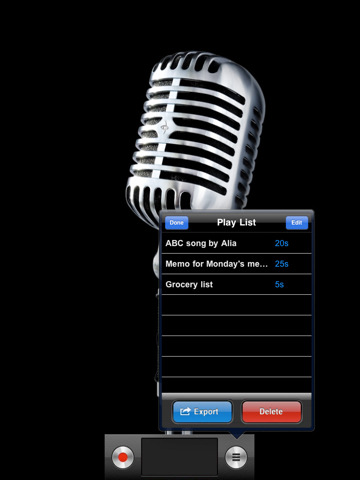