The BEGO CAD/CAM Tracking is now available as a free download on Apple Store for iOS owners. The application is available in multiple languages: English, German. It weighs in at only 0.3 MB to download. It is highly advisable to have the latest app version installed so that you don`t miss out on the fresh new features and improvements. The current app version 1.0 has been released on 2014-11-06.
More Info: Find more info about BEGO CAD/CAM Tracking in BEGO`s Official Website : http://www.bego.com

As of now you will be able to keep track of the status of your BEGO Medical orders in real time Use your iOS device as a virtual window through which you can look directly ...
​ 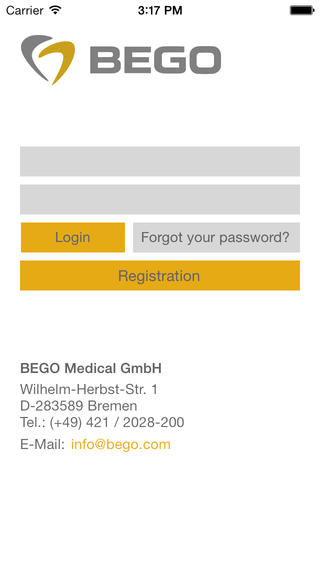