If you are iPhone and iPad owner,you now can download Bulky for free from Apple Store. The application is designed for use in English language. It is a whopper, weighing in at 3848800, so make sure you have plenty of free space on your iOS device. The new Bulky app version 1.0.1 has been updated on 2014-11-05.
More Info: Find more info about Bulky in Alexander Tretyakov`s Official Website : http://bulkyapp.com

Easy And Powerful Bulk Email App For personal use or small business. Send mass emails to your customers/clients or invite your friends to party. Unlimited Projects and Lists Each List has template Spam checker(detailed report from ... 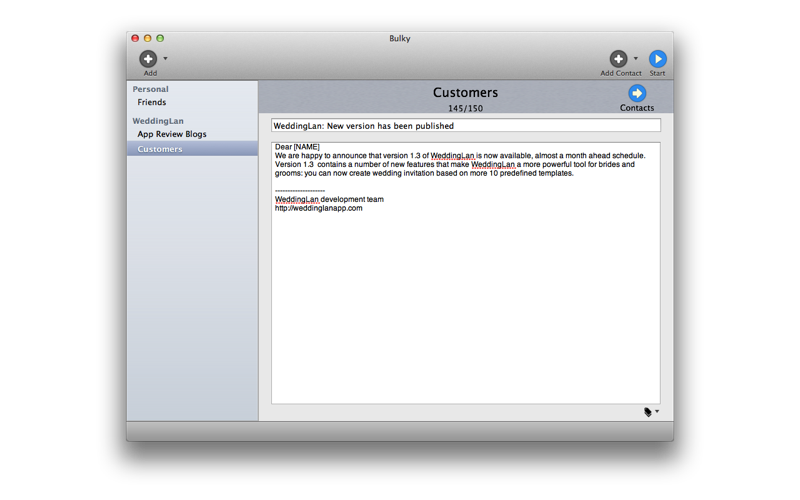 Contacts From Other Lists