.
Overall Satisfactionc92
Amazing game very amusing five out of five.
One of the best strategy games I've seen yet for the ipad.
This is probably one of the best games I've played so far.
Crazy awesome one of the best RPGS games I've played.
I recommend this game to anyone who is becoming an MMO player.
just wish they'd explain more and give a better tutorial.
This is the most amazing 3D game that I ever played.
Wonderful game overall nice touches im a king now ^.
Fun & Engagingc89
Awesome game and the best game in the world.
its a fun game to play though the control are alittle complicated.
Most addicting game I have ever played defiantly download.
Super fun and its great kids love it five star ^.
The gameplay is a little fast paced for my taste though.
The usual basic rpg with decent visuals and addictive gameplay.
This game is awesome I've never seen such awesome graphics.
This game is Supprisingly a lot of fun once you get the hang of things.
Value for Moneyc57
Ok kinda hard to get gems though without paying real money.
Could never beat the game without spending real money.
Not really interested in buying gems or command points though.
Replay Valuec93
A very fun and strategic game fun since the beginning.
This is a very nice game and very challenging.
Fun app and has a lot of replay value.
It provides hours upon hours of entertainment for me every day.
The start of the game is a little challenging.
Social Aspectsc93
I also wish hey would add multiplayer fights LOL.
Add multiplayer pls.
Should have multiplayer mode.
Production Valuesc90
Good game good graphics keeps lagging out tho.
This game is awesome I've never seen such awesome graphics.
Interesting game play.
Ease of Usec77
Get it it's free what do u have to lose.
easy to lose time playing it.
This game is so fun and simple to play.
It is a fun and simple game.
really easy and simple to play.
It's a pretty funny fun game XD. found in 8 reviews
This game brings a different perspective to the castle defense genre. found in 9 reviews
Overall I really enjoy playing this over many other mobile game. found in 11 reviews
Pretty cool game fun time passer you will enjoy. found in 10 reviews
This is the most amazing 3D game that I ever played. found in 44 reviews
This game is very well made and is one of the best rpg games. found in 8 reviews
Its like im playing world of warcraft and diablo2. found in 6 reviews
This should be tha game of the year awesome. found in 4 reviews
Every thing in dis game is awesome. found in 10 reviews
The usual basic rpg with decent visuals and addictive gameplay. found in 41 reviews
Very nice game like the strategy/ 1 p RPGs blending. found in 35 reviews
Most addicting game I have ever played defiantly download. found in 110 reviews
This by so far the best iPad game I ever played. found in 8 reviews
Enjoyable game with easy controls. found in 11 reviews
This is a great strategy game and awesome castle game. found in 25 reviews
It keeps you on your toes with management and prioritizing. found in 4 reviews
Original realtime strategy RPG. found in 10 reviews
It's the best game in the world with your own army. found in 10 reviews
Hands down one of the best RPGs that I've ever played on iPad. found in 97 reviews
Awesome game guys a must have for any iPhone or tablet. found in 11 reviews
Pretty decent but needs better controls and a bit of simplification. found in 25 reviews
It's a great game but needs better control and attack options. found in 10 reviews
Slow start up and tutorial doesn't take you far enough. found in 6 reviews
I really hate how the character moves so please add a joystick. found in 17 reviews
Can play but needs to be improved. found in 5 reviews
The game is fun but a little confusing at times. found in 6 reviews
Sort of confusing but fun once you learn it. found in 9 reviews
Pretty awesome game to waste some time. found in 31 reviews
Good game needs a faster and easier way to earn money. found in 42 reviews
Battle is kinda meh but over all fun game. found in 4 reviews
It's an an retraining game and a fun way to waste time. found in 31 reviews
The player needs more control over their character. found in 3 reviews
It needs a joystick during battles and maybe an attack button. found in 16 reviews
Good game but confusing needs a better tutorial. found in 45 reviews
It's a fun game but the controls are a little wonky. found in 27 reviews
Needs better graphics overall love the game. found in 5 reviews
This game reminds me of dragon force for the saga Saturn. found in 10 reviews
Good game but needs better controls and camera. found in 29 reviews
Kind of hard to understand the world at first but it gets. found in 4 reviews
Too confusing it doesn't explain how to play. found in 3 reviews
Updates please. found in 3 reviews
Doesn't give you a way to move your character freely. found in 4 reviews
No Internet connection. found in 4 reviews
The game was fun but is basically a pay to play game. found in 5 reviews
There is no way to play this game without continuously paying. found in 4 reviews
If you are iPhone and iPad owner,you now can download Castle Master 3D for free from Apple Store. The application is supporting English language. It weighs in at only 63.1 MB to download. The new Castle Master 3D app version 1.04 has been updated on 2014-11-27. For ensuring consistency with the device you should take into account the following app compatibility information: Compatible with iPhone, iPod touch, and iPad.Requires iOS 3.1.3 or later
More Info: Find more info about Castle Master 3D in Alpha Cloud Inc.`s Official Website : http://www.facebook.com/45castles

[NOTICE] Thank you all for your playing Castle Master and giving us your opinions and reviews on it. So, we decided to upload an update version of Castle Master on the store today(30th April) ASAP ...
​ 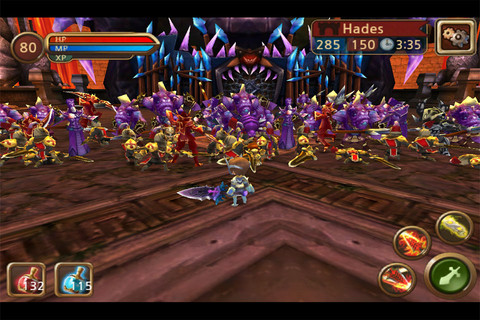 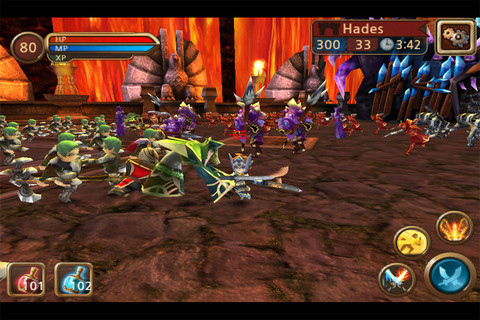 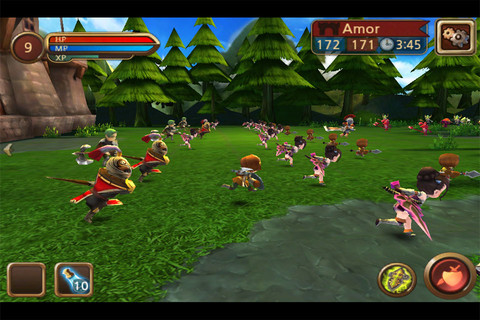