swipe your finger on the screen to see her move to her target. found in 1 reviews
available to download from the app store now. found in 1 reviews
collect the rare snowball to regain lives. found in 1 reviews
make penny the penguin swim around to collect her fish. found in 1 reviews
don't touch the boat or else it will be game over. found in 1 reviews
if you run out of energy then you will lose a life. found in 1 reviews
If you are iPhone and iPad owner,you now can download Collect `em all Ice for $0.99 from Apple Store. The application is supporting English language. It weighs in at only 0.7 MB to download. It is highly advisable to have the latest app version installed so that you don`t miss out on the fresh new features and improvements. The current app version 1.0 has been released on 2014-11-03. The Apple Store includes a very useful feature that will check if your device and iOS version are both compatible with the app. Most iPhone and iPad are compatible. Here is the app`s compatibility information: Compatible with iPhone 3GS, iPhone 4, iPhone 4S, iPhone 5, iPod touch (3rd generation), iPod touch (4th generation), iPod touch (5th generation) and iPad. Requires iOS 5.0 or later.
Bottom Line: For more information about Collect `em all Ice check developer Jeff Williams`s website : http://twitter.com/FMercury7102

Make Penny the penguin swim around to collect her fish Swipe your finger on the screen to see her move to her target However, mind you don`t crash into an iceberg Also, keep a close ...
​ 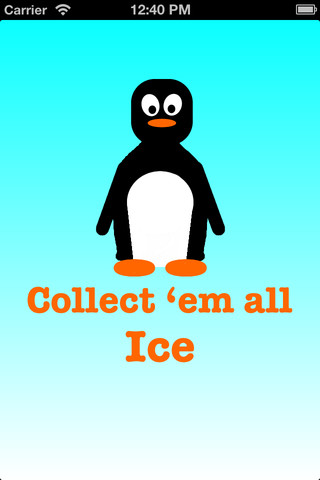 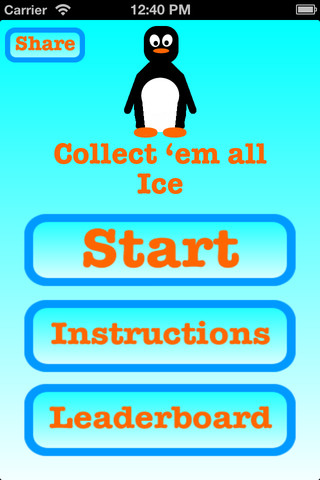 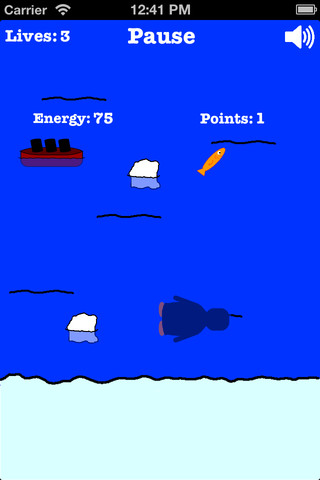