If you are iPhone and iPad owner,you now can download Diner Dash 5: BOOM! for 4.990 from Apple Store. The application is supporting English language. It is a whopper, weighing in at 152427134, so make sure you have plenty of free space on your iOS device. It is highly advisable to have the latest app version installed so that you don`t miss out on the fresh new features and improvements. The current app version 1.2 has been released on 2014-11-07.
More Info: Find more info about Diner Dash 5: BOOM! in Glu Games Inc`s Official Website : http://www.glu.com/support

When a sneaky prankster removes the word "fat" from Flo's "Fat Free Breakfast" sign, a huge wave of hungry DinerToons overrun the diner causing it to explode It's up to Flo, the spunky waitress, to ... 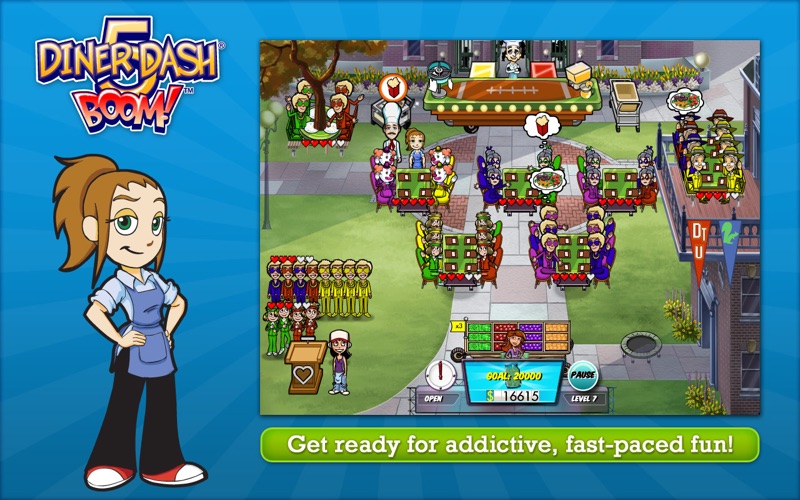 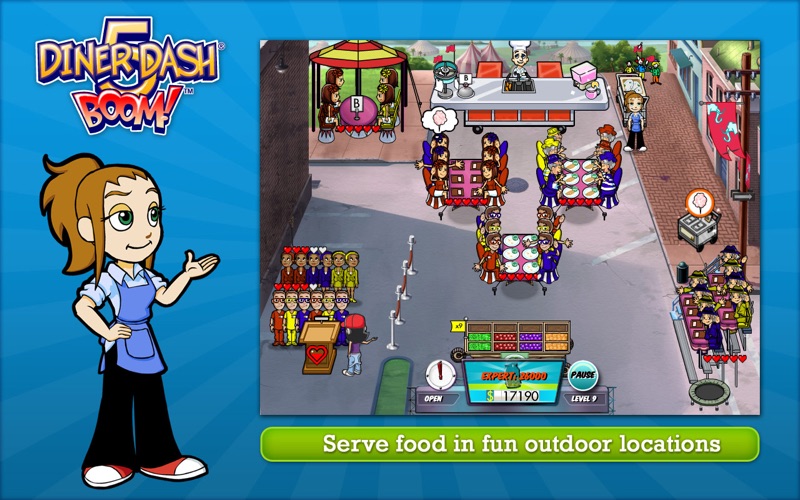 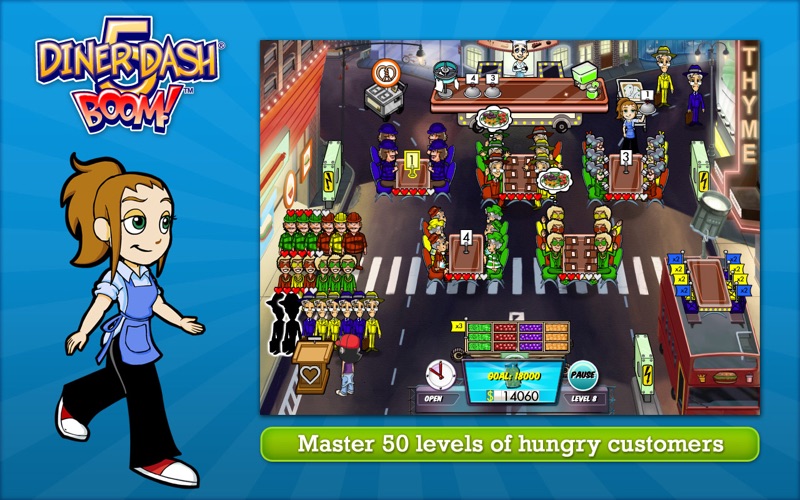 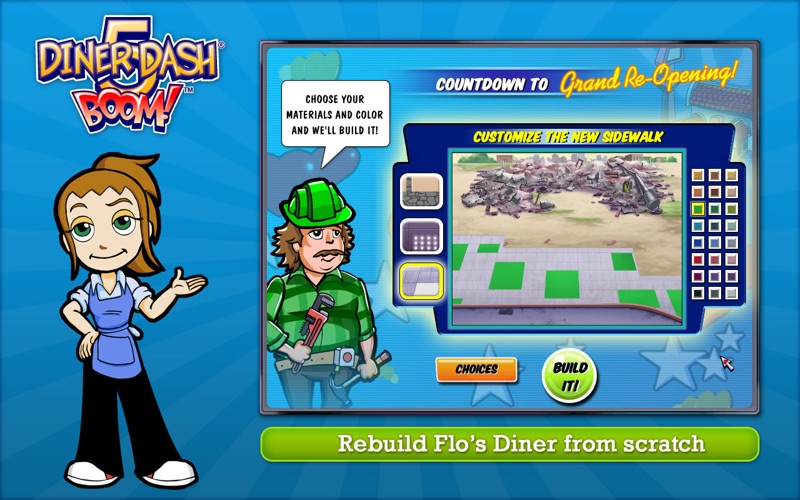