C-Command Software, LLC , the publisher behind many iOS app (EagleFiler ,DropDMG), brings DropDMG with a number of new features along with the usual bug fixes. DropDMG app has been update to version 3.4.5 with several major changes and improvements. App release that improves performance, provides several new options.
.

If you are iPhone and iPad owner,you now can download DropDMG for 23.990 from Apple Store. The application is supporting English language. It is a whopper, weighing in at 14924397, so make sure you have plenty of free space on your iOS device. It is highly advisable to have the latest app version installed so that you don`t miss out on the fresh new features and improvements. The current app version 3.4.5 has been released on 2014-11-28.
Bottom Line: For more information about DropDMG check developer C-Command Software, LLC`s website : http://c-command.com/dropdmg/support

DropDMG is the easiest way to create Mac OS X disk images, as well as cross-platform archives. Just drag and drop a folder or file and you're done. Or, you can drag an existing disk ...

This is one of those great apps It does a very simple thing but it does it very well                     as reliable as always tosta_rica
I ve been using DropDMG for years and I just realized how much I rely on it Mark of good software stuff that just plain works without getting in the way Good stuff Don Montalvo TX                     I just realized how much I rely on this tool donmontalvo
I was looking for a way to package my programming in a disk image with a custom background image and a custom image on the icon I was able to get it to work by following the instructions I know you can do all this with Disk Utility which I had been using to create disk images for a long time but it was just too difficult to fight with to get the background image It s just not worth my time to fight with something like this when someone has taken the time to create an app like this which is very reasonably priced Like many powerful apps and software tools I only use about 5 of the capabilities of the software But that s also true for users of my software WildTools for PowerCADD Thanks for a very complete and well documented program                     Excellent App Alfred Scott
Doesn t do what I bought it for split a zip into multiple parts Only dmgs Useless to me and it looked like it was going to do that             It s alright Mr. Krabbs
​ 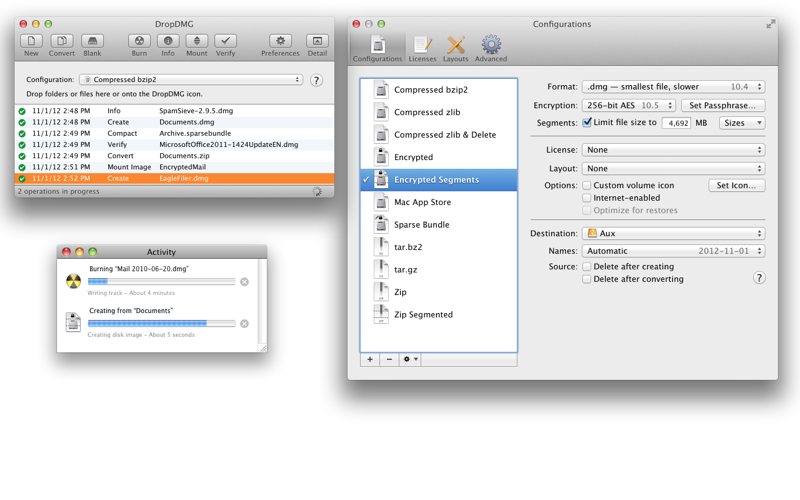 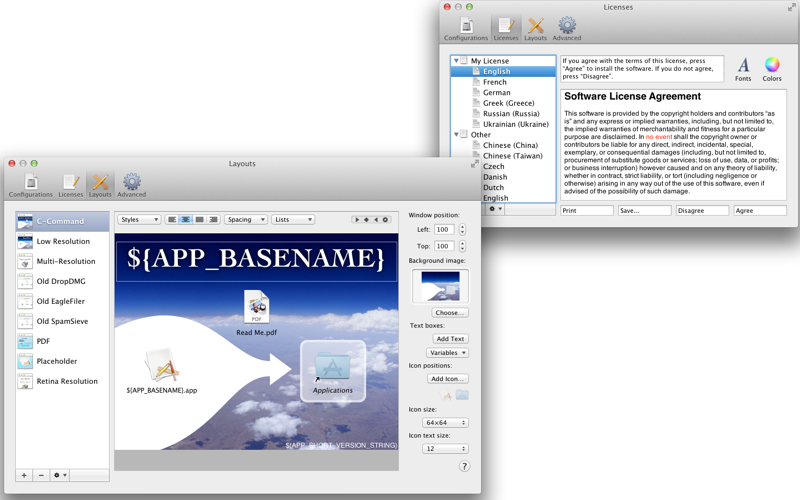 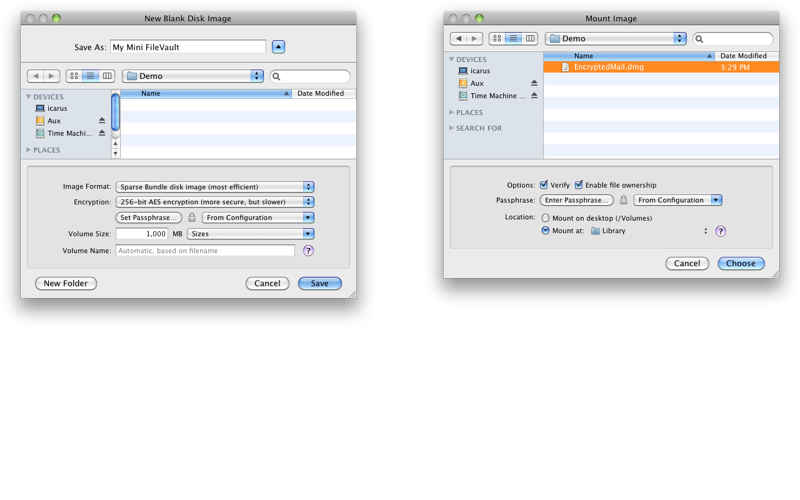 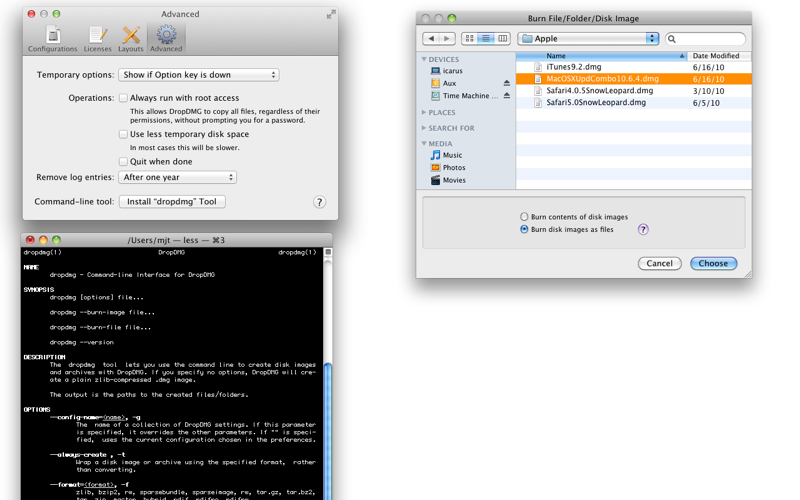