.
Overall Satisfactionc71
This is the best flashlight app out there and I suggest.
Best flash lite for free wow I am amazed.
Thank you John Haney Software.
It Works better than expected.
Best free light.
Fun & Engagingc70
I use this app for a basic white flashlight all the time.
The strobe light is awesome.
Awesome and FREE.
this app comes in handy all the time.
Usefulnessc92
Thanks for a useful and FREE app.
This is very helpful in the dark.
Essential Tool.
I use this almost every day.
Family Friendlyc50
I use it every night to check on my kids without waking them.
I use it regularly for checking on my kids at night.
Production Valuesc60
with the scroll option in settings to choose which strobe effect.
The strobe effects are hypnotic.
Ease of Usec32
Simple app which includes pixel check and adjustable strobe.
The BEST flashlight Ap out there.
Reliabilityc33
Ads not Intrusivec37
Updates & Supportc27
Older version was better.
Batteryc53
leave it on for too long and you'll drain the battery.
so as not to drain the battery.
This is the best flashlight app out there and I suggest. found in 205 reviews
This app worked fine until I updated it. found in 3 reviews
Same - crash since update. found in 2 reviews
Doesn't really work as a flashlight but the pretty colors are cool. found in 5 reviews
4 stars but needs bug fixes. found in 2 reviews
Difficult to restore to flashlight mode once it goes somewhere else. found in 2 reviews
I also am having problems with it crashing with iOS 3. found in 7 reviews
The fast strobe doesnt work in the new update. found in 4 reviews
Ability to lock flashlight page would be great. found in 4 reviews
The update makes it crash every time I try to open it. found in 3 reviews
Hearts setting doesn't work. found in 2 reviews
In this version the strobe doesnt flash as fast -_-. found in 3 reviews
Second thing is that it needs to be brighter. found in 9 reviews
but now it crashes instantly since the recent update. found in 8 reviews
New Precision Clock CRASHES. found in 2 reviews
For people that say it isn't bright change you brightness. found in 43 reviews
no longer works on 1st gen ipod touch. found in 1 reviews
But Apple won't allow that. found in 4 reviews
I had to turn off my iPod to fix everything. found in 21 reviews
I use it in bed so I don't wake my hubby at night. found in 3 reviews
the light isn't even brighter than the light without the app. found in 9 reviews
Then the newest update claimed to fix it but did nothing. found in 21 reviews
It would be nice if it could automatically disable brightness settings. found in 37 reviews
the program still crashes whenever I try to customize the settings. found in 26 reviews
Used to work great but crashes instantly after last update. found in 8 reviews
Broke my iPhone light. found in 8 reviews
If a simple flashlight is what u seek --- look elsewhere. found in 21 reviews
Deleted and got a new flashlight app that works. found in 11 reviews
Please fix the crashing every time I try to customize it crashes :. found in 26 reviews
Latest update does not work with ios 3. found in 7 reviews
this app should automatically set the phone's brightness to max while open. found in 13 reviews
this "flashlight" isn't bright at all. found in 43 reviews
needs auto- brightness control. found in 6 reviews
It doesn't automatically make your screen brightness full. found in 31 reviews
Needs to be brighter. found in 9 reviews
The app is really difficult to get to LED flashlight. found in 34 reviews
Can't change settings and return to flashlight screen. found in 7 reviews
it's useless because it doesn't use the camera flash. found in 12 reviews
I wish I didnt have to put a star. found in 12 reviews
The Flashlight. is now available as a free download on Apple Store for both iPhone and iPad owners.The application is supporting English language. It weighs in at only 4.7 MB to download. It is highly advisable to have the latest app version installed so that you don`t miss out on the fresh new features and improvements. The current app version 5.4 has been released on 2014-11-27. For ensuring consistency with the device you should take into account the following app compatibility information: Compatible with iPhone, iPod touch, and iPad. Requires iOS 3.2 or later
More Info: Find more info about Flashlight. in John Haney Software`s Official Website : http://www.johnhaney.com/flashlight/

Flashlight uses the LED light on iPhone 4 and fills your screen with bright white light to illuminate your world when you find yourself in a dark spot or concert. Includes fully customizable special effects including: ... 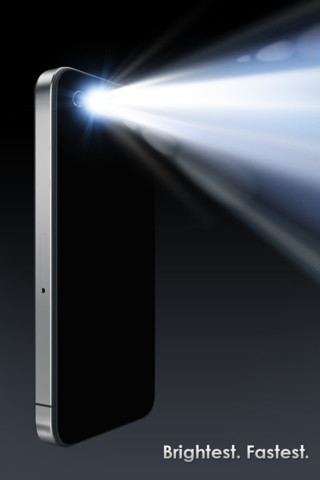 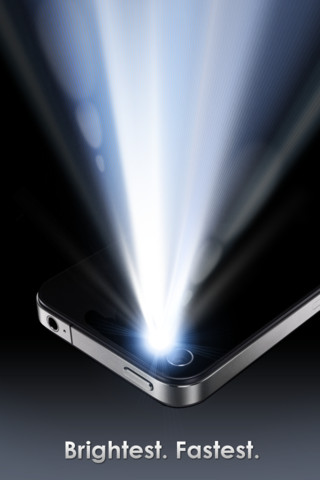 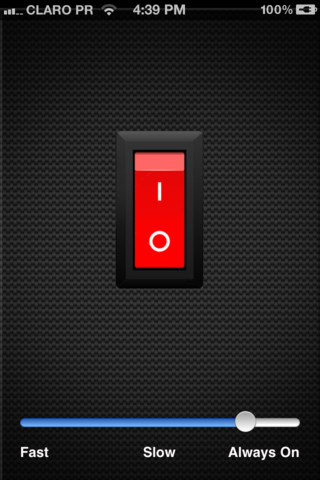 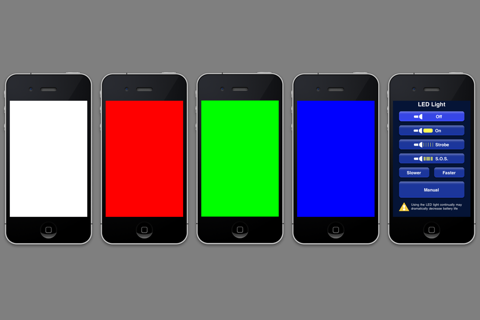 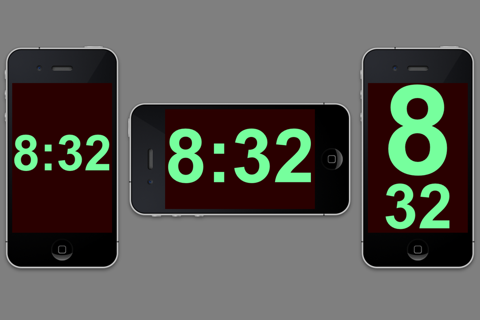 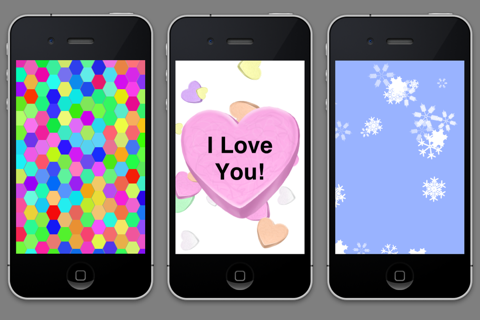 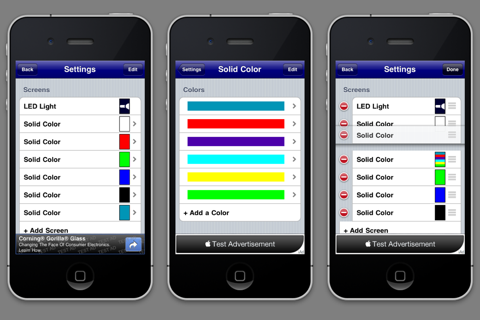 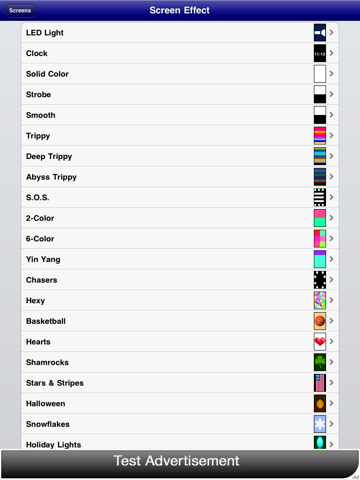 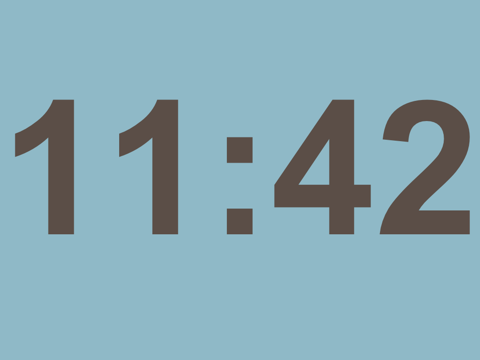 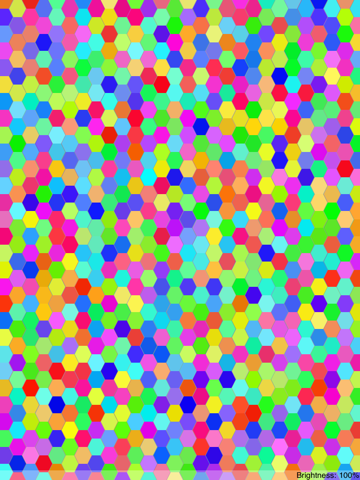 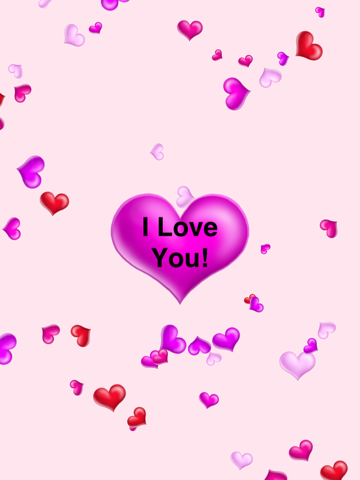