If you are iPad owner,you now can download FTC Scouting Aid for free from Apple Store. The application is supporting English language. It weighs in at only 0.6 MB to download. It is highly advisable to have the latest app version installed so that you don`t miss out on the fresh new features and improvements. The current app version 1.0.0 has been released on 2014-11-02. The Apple Store includes a very useful feature that will check if your device and iOS version are both compatible with the app. Most iPhone and iPad are compatible. Here is the app`s compatibility information: Compatible with iPad. Requires iOS 4.2 or later.
Bottom Line: For more information about FTC Scouting Aid check developer BLADE Enterprises LLC`s website : http://bladelinux.com/Contact_Us.html

This app is designed for the 2012-2013 Ftc game, ring it up. It is designed to help Ftc teams keep track of other teams at competitions, both in their match performance as well as in ...

The app has a great concept but there needs to be more ways to sort teams Also you need to take a picture to use and this is inconvenient because the 1st generation iPad does not have a camera However the percentage feature is very useful           Good but needs work
By Kostas Gar.
​ 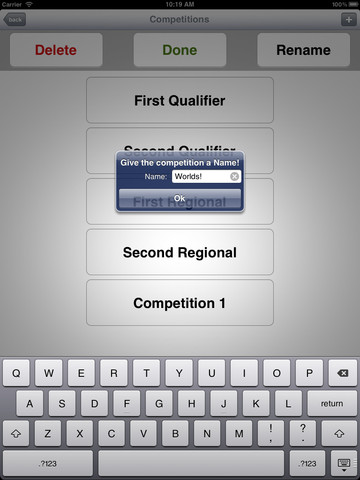 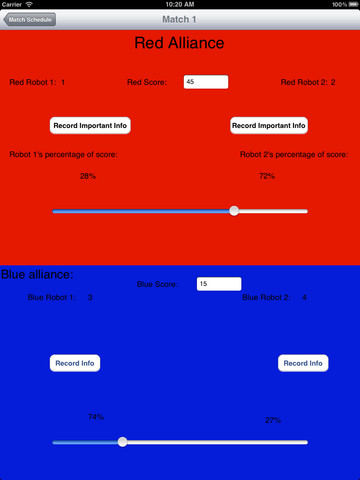