Google Places helps you discover nearby places you`ll love. Quickly search for Restaurants, Cafes, Bars and other places, while on the go. Google Places also makes it easy to quickly rate the places you visit. By ...
​ 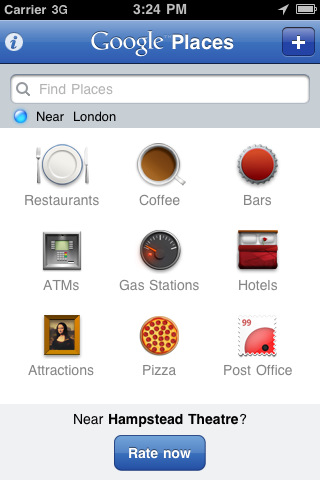 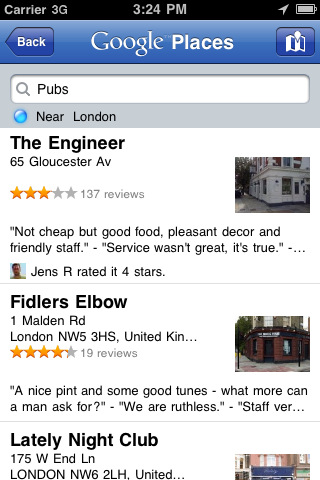 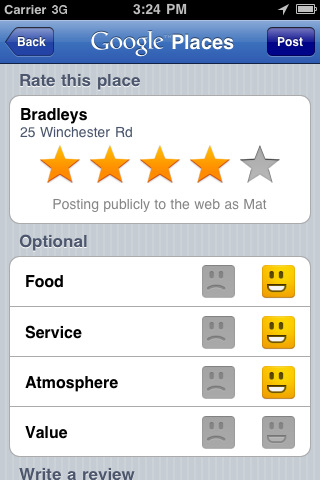