Demansol , the publisher behind many iOS app (Lost in the jungle ,Catch D Egg ,Toddlers` alphabets & numbers ,Best Wallpapers HD ,Guess Who?? ,Preschool Lite), brings Guess Who?? with a number of new features along with the usual bug fixes. Guess Who?? app has been update to version 1.1 with several major changes and improvements. App release that improves performance, provides several new options.
.

The Guess Who?? is now available as a free download on Apple Store for both iPhone and iPad owners.The application is supporting English language. It weighs in at only 10MB to download. The new Guess Who?? app version 1.1 has been updated on 2014-11-26. The Apple Store includes a very useful feature that will check if your device and iOS version are both compatible with the app. Most iPhone and iPad are compatible. Here is the app`s compatibility information: Compatible with iPhone, iPod touch, and iPad. Requires iPhone OS 3.0 or later.
More Info: Find more info about Guess Who?? in Demansol`s Official Website : http://www.demansol.com

Added 240 images of famous people, you will never run out of images. Find the celeb , famous people behind the boxes. 5 level to choose from and hundred of images to play. Get to know more more ...

Its for nerds cool people dont wanna lurn this stuff     Hate it
Thiz iz dumb when I get a high score it says SORRY     Goshhh
By Kostas Gar.
​ 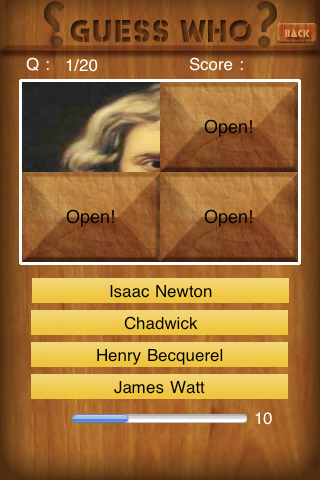 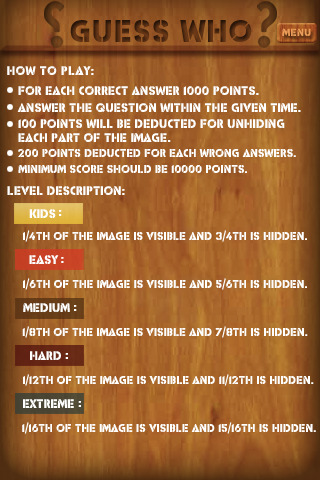 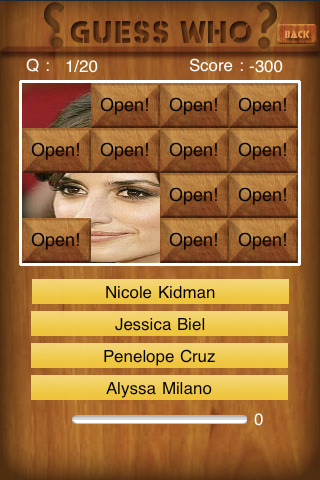 More in Sports -Guess Who??