The Mail Access Universal for iPad is now available for $9.99 for iPad owners. The application is supporting English language. It weighs in at only 0.2 MB to download. It is highly advisable to have the latest app version installed so that you don`t miss out on the fresh new features and improvements. The current app version 1.0 has been released on 2014-11-01. For ensuring consistency with the device you should take into account the following app compatibility information: Compatible with iPad. Requires iOS 3.2 or later
More Info: Find more info about Mail Access Universal for iPad in Ollie Kett`s Official Website : http://mailaccessapp.com

Mail Access is designed to work connect to any implementation of Outlook Web Access 2003, 2007, 2010 with this custom-built application. If both of the following are true, this is the application for you: You ...

Dont throw your money away Useless app Astonished app store even allowed it     Useless App
The initial setup was quick and easy The interface is also very user friendly and has the look and feel of the built in mail program After creating my web mail account it logged in said i had mail when I selected my inbox the app return that I had no messages I also do not have the option to create or send a message basically it detects your exchange server but does nothing except tell you that you have mail I was better off just using the browser to do it Waist of 999     cant send
By Kostas Gar.
​ 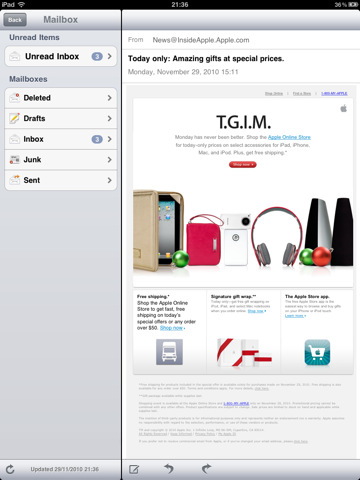 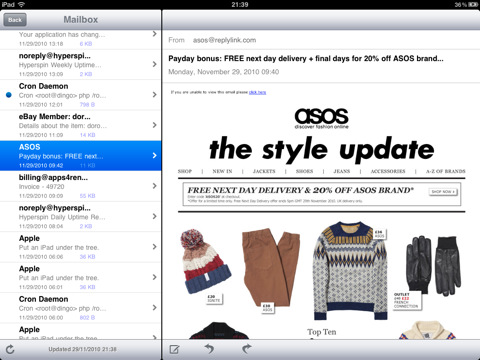 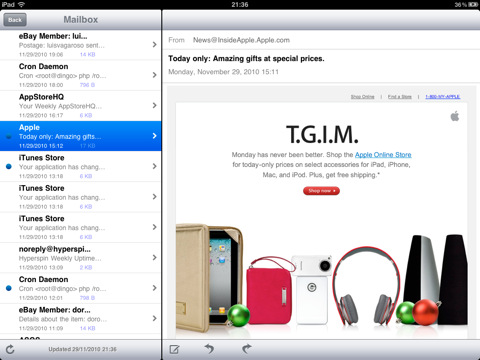