If you are iPad owner,you now can download Molecule Lists - Powerful Lists and Tasks (For Scientists :) for $1.99 from Apple Store. The application is supporting English language. It weighs in at only 15.7 MB to download. It is highly advisable to have the latest app version installed so that you don`t miss out on the fresh new features and improvements. The current app version 1.0 has been released on 2014-08-22. For ensuring consistency with the device you should take into account the following app compatibility information: Requires iOS 7.0 or later. Compatible with iPad.
Bottom Line: For more information about Molecule Lists - Powerful Lists and Tasks (For Scientists :) check developer Fishington Studios`s website : http://www.fishingtonstudios.com

Molecule Lists is a simple and beautiful list and task app designed using our award-winning Molecule interface. The app has one purpose: To give you maximum productivity power. Unlike most list apps, Molecule Lists gives ...
​ 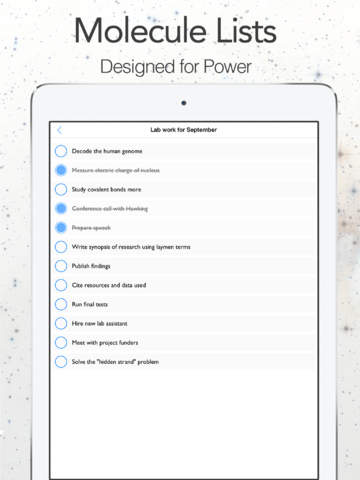 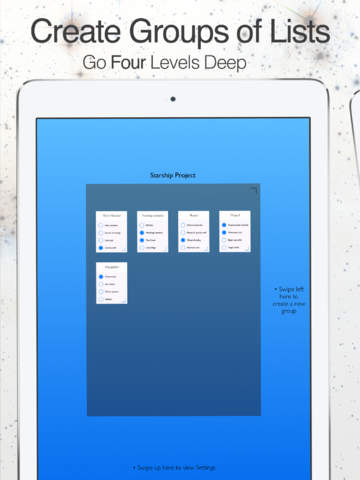 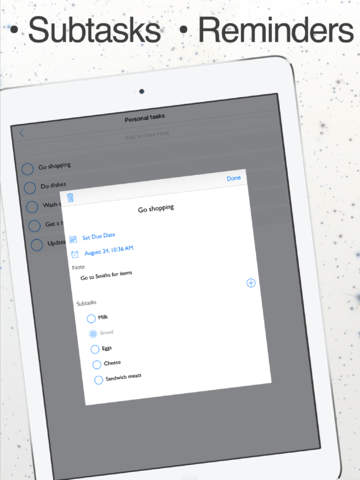 Like Molecule Lists - Powerful Lists and Tasks (For Scientists :)