.
Overall Satisfactionc52
Absolutley great add more movies and full management.
It needs some more movies it has no new release.
Excellent video quality over the 3G network.
The video quality is terrible and playback is still halting.
It lets me watch my favorite shows whenever and wherever I want.
Very disappointed that I can't watch my favorite shows on my device.
Best update yet picture quality is beyond superb.
And the picture quality of the movies is too inconsistent.
Thanks Netflix team.
Fun & Engagingc61
Absolutley great add more movies and full management.
It needs some more movies it has no new release.
I think Netflix is awesome because its an easy watch movies.
Netflix is awesome but this app is now useless to me.
Needs more shows like: Big Bang Theory.
I go on netflix all the time and there's never any new movies.
I have little brothers who love Barney and watch it all the time.
I'm getting very upset because I would watch it all the time at work.
Usefulnessc31
Live that I can watch everything on my phone too.
So cool to watch everything on your phone.
Family Friendlyc53
Watched an entire episode of Family Guy without any interruptions.
Watched Family Guy and Futurama on my break at work.
Family guy issues.
I want to see " Modern Family " listed as a tv show.
More walking dead episodes and add modern family.
I do want some more season one the kids section.
Plz can you add the lego movie to kids section.
Reliabilityc32
Security & Privacyc16
As long as u have a Netflix account your set.
Updates & Supportc12
This was recommended by customer service.
Absolutely wonderful customer service.
iPad 2 user and after the update to version 5.
First review of version 5.
I've only tried over wi fi. found in 22 reviews
I've been waiting all summer for this app to be released. found in 23 reviews
Also keeps freezing and going to home screen. found in 310 reviews
No parental controls on kid profiles which is absurd. found in 94 reviews
Netflix please fix the audio-video issue and please put spongebob back. found in 132 reviews
The app needs the ability to manage your disc queue though. found in 530 reviews
This is really getting annoying Netflix needs to fix the problem already. found in 187 reviews
Every time I try to watch something it just shows the same error message. found in 665 reviews
Ever since the update it's been crashing on my 5th gen. found in 31 reviews
Won't play movies because it keeps crashing. found in 222 reviews
The search function is pretty horrible on the app. found in 79 reviews
I hope Netflix doesn't continue to ignore its customers. found in 120 reviews
So far I haven't been able to watch anything on my iPhone without it crashing. found in 736 reviews
the only thing is that it needs disc queue management. found in 103 reviews
I can't believe they didn't include disc queue management. found in 316 reviews
I can't figure how to sign up for Netflix. found in 179 reviews
Good app but seriously lacking the ability to manage my regular queue. found in 121 reviews
Can't manage your disc queue or reorder instant queue. found in 650 reviews
Can't believe I cant manage my queue with it. found in 179 reviews
Was about to cancel my subscription when the app came out. found in 120 reviews
I can't pick add movies to my queue for the mail. found in 127 reviews
Pretty frustrating I cant manage my disc queue except on my computer. found in 175 reviews
and please add new movies it's the same stuff for ever godaammit. found in 382 reviews
It needs some more movies it has no new release. found in 445 reviews
Please add the ability to manage queues to the mobile app. found in 530 reviews
Haven't been able to watch anything in forever because it crashes so constantly. found in 736 reviews
Now it only gives me error pop ups each time I try to watch a movie. found in 760 reviews
Watching my favorite shows on my phone would be great. found in 377 reviews
I'd like to see more movies update still pretty much. found in 445 reviews
Complete lack of disc queue management is frustrating. found in 650 reviews
Doesn't advance to the next episode in the series. found in 584 reviews
Since installing this app several months ago I've been unable to login. found in 412 reviews
Will not connect to Netflix on iPod touch since last update. found in 426 reviews
They need way more movies its awful right now. found in 445 reviews
Unable to watch movies due to app constantly showing "Loading. found in 823 reviews
Please allow video out on the iPhone 3GS. found in 391 reviews
Every single time I try to watch something it says "Cannot play movie. found in 665 reviews
New Netflix app is not working with ChromeCast. found in 851 reviews
The instant queue freezes and doesn't load for me. found in 626 reviews
Can't watch Netflix on TV with iPhone no more. found in 484 reviews
This Piece Of Crap Doesn't Release New Movies. found in 382 reviews
Please fix children shows and movies automatically playing in Spanish. found in 503 reviews
The Netflix is now available as a free download on Apple Store for both iPhone and iPad owners.The application is designed for use in English language. It weighs in at only 10MB to download. The new Netflix app version 2.2.1 has been updated on 2014-11-03. For ensuring consistency with the device you should take into account the following app compatibility information: Compatible with iPhone, iPod touch, and iPad. Requires iPhone OS 3.1.3 or later.
Bottom Line: For more information about Netflix check developer Netflix, Inc.`s website : http://www.netflix.com/?mqso=80026857

Get Netflix on your iPad, iPhone, or iPod touch. Just download this free app and you can instantly watch TV shows & movies streaming from Netflix. It s part of your Netflix unlimited ... 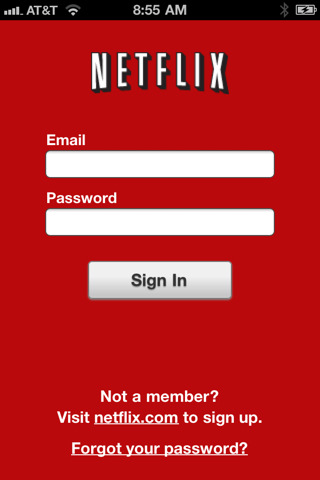 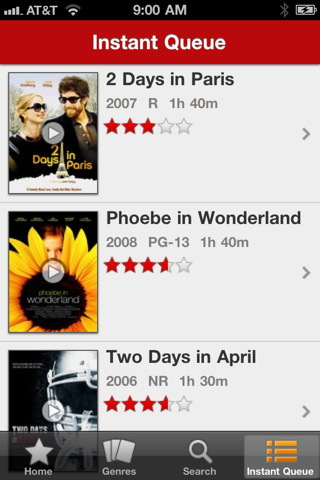 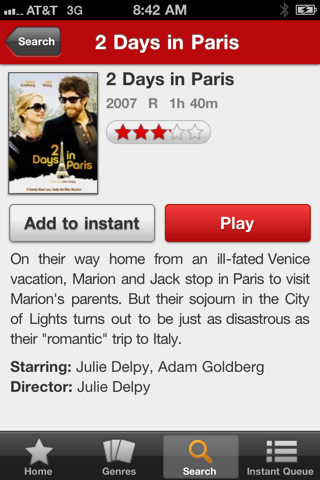 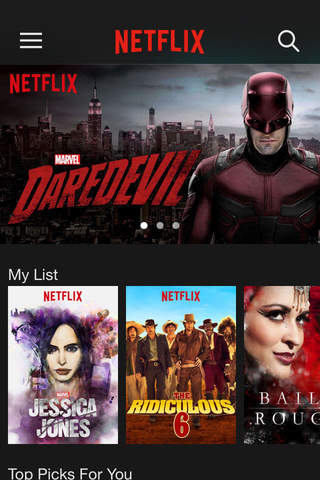 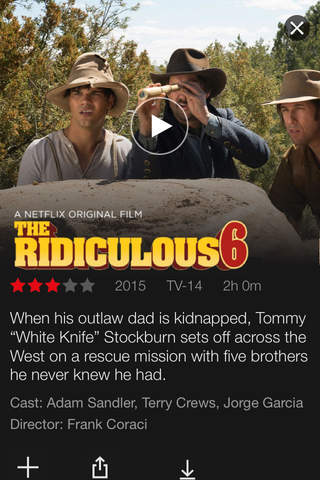 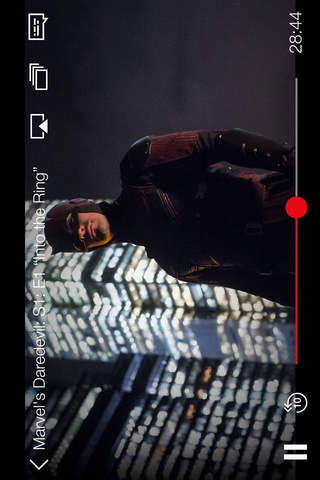 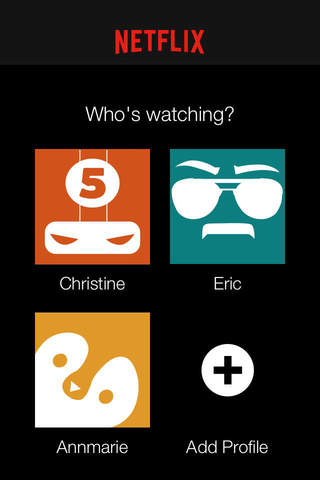 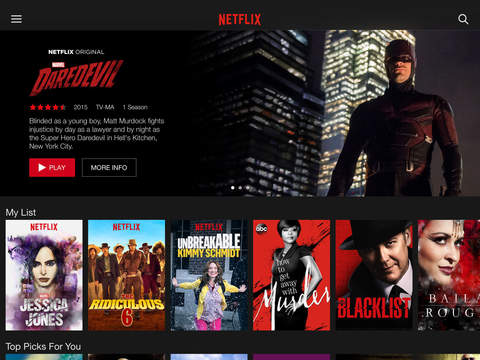 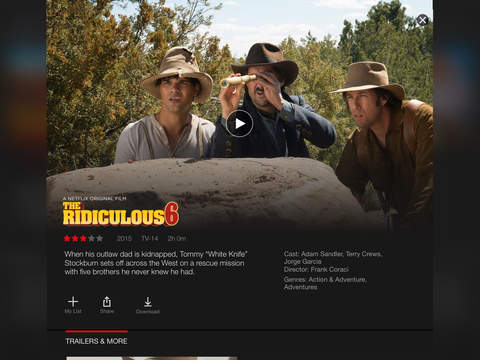 This app is popular with:
familieskidssingles