.
Overall Satisfactionc13
Video quality.
So much better than last year.
Come on NFL need game video.
Thanks NFL Mobile.
Usefulnessc27
Free live coverage for Verizon more everything plan subscribers.
You must be a " More Everything " Verizon customer.
Had everything NFL that I need in one place.
Great way to keep up with everything NFL.
thanks for ruining everything NFL.
Great app keeps you up to date all around the league.
Keeps you up to date with your favorite teams.
Reliabilityc10
Ads not Intrusivec10
Security & Privacyc10
Linked my verizon account and I can watch live games easily.
Updates & Supportc10
NFL app is a huge improvement from last years app.
better than last year's one.
I dig this pre warm up game before Sunday madness games. found in 2 reviews
NFL stands alone when it comes to professional sports. found in 6 reviews
Anytime I can follow my team and others. found in 5 reviews
Great app keeps you up to date all around the league. found in 5 reviews
a billion dollar organization giving fans a good free app. found in 5 reviews
field goal. found in 5 reviews
green bay rocks. found in 5 reviews
but in order to watch video clips. found in 47 reviews
Quit it with the forced updates. found in 14 reviews
This is very disappointing that the app does not support AirPlay. found in 8 reviews
App crashes when viewing the home team "stats". found in 22 reviews
Latest version freezes the Live Audio "Play" button. found in 43 reviews
Frustrating when trying to watch highlights and the videos are blurry. found in 48 reviews
Updated:
Why does the NFL needs to know where I am at. found in 31 reviews
Tried reconnecting countless times but says video streaming isn't available. found in 24 reviews
Live video unavailable try again later. found in 56 reviews
Needs video highlights beyond coaches press conference. found in 61 reviews
Good app but it has jammed when trying to watch a video. found in 63 reviews
Full page 30 second video ads that cannot be exited. found in 18 reviews
This app has good content but the video quality is horrendous. found in 41 reviews
It's really difficult to even try and watch one video. found in 14 reviews
Two issues as of 12/13: no Airplay support. found in 13 reviews
No internet radio feed in any other app sounds like this. found in 13 reviews
it's constantly using Location services and downloading in the background. found in 166 reviews
unreliable and doesn't deliver what is promised. found in 4 reviews
After initially hard crashing upon "restore purchases". found in 4 reviews
App keeps crashing after purchasing the audio pass. found in 172 reviews
Can't watch live games without buffering every minute or so. found in 71 reviews
I bought this app thinking it would let me watch Thursday night football. found in 172 reviews
Deleting NFL app and glad the NHL is better. found in 223 reviews
You cannot watch NFL Network games in their entirety. found in 143 reviews
Wouldn't complain at all if I could actually watch the games. found in 115 reviews
We canceled our red zone subscription because of this. found in 107 reviews
It is misleading since it says you can watch Thursday Night Football Live. found in 176 reviews
Theory are completely misleading about giving access to live Thursday night football games. found in 190 reviews
Location services is awful and can't watch the NFL network. found in 166 reviews
updated for Audio Pass but it doesnt work. found in 172 reviews
99 for a season subscription to watch Thursday Night Football Live. found in 179 reviews
I can't watch live games without tv subscription which I don't have. found in 223 reviews
I can't watch Thursday Night Football on my iPad. found in 117 reviews
nfl mobile app at least let's you listen to free games. found in 222 reviews
I don't want to go through my Verizon account. found in 110 reviews
Also picking your favorite team or deleting teams either A. found in 272 reviews
but now that it doesn't work on jailbroken devices. found in 72 reviews
this app is nearly impossible to consistently use for fantasy football. found in 100 reviews
If you are iPhone and iPad owner,you now can download NFL `11 for free from Apple Store. The application is designed for use in English language. It weighs in at only 9.0 MB to download. The new NFL `11 app version 3.1 has been updated on 2014-11-27. For ensuring consistency with the device you should take into account the following app compatibility information: Compatible with iPhone, iPod touch, and iPad. Requires iOS 4.0 or later.
More Info: Find more info about NFL `11 in NFL Enterprises, LLC`s Official Website : http://www.nfl.com/contact-us

The official mobile app from the NFL Preview the 2011 NFL Schedule, keep up to date with the latest news and review your team`s draft picks. 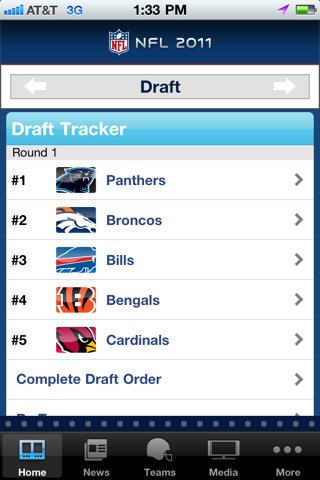 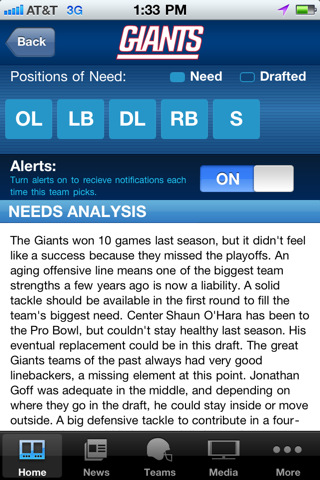 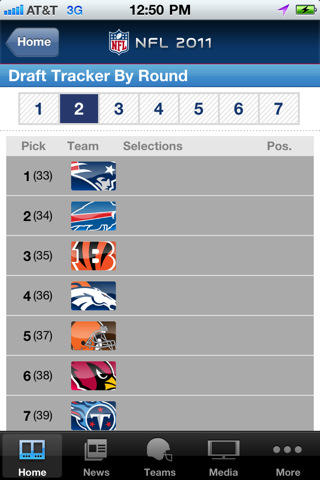 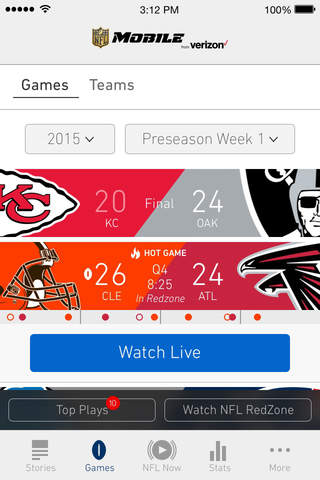 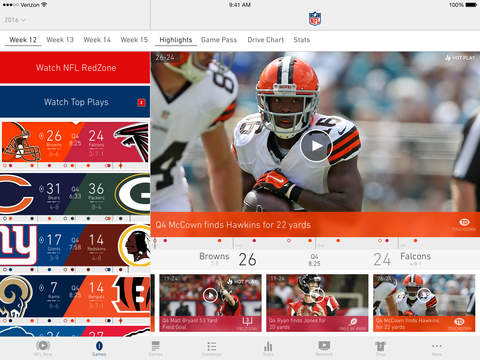 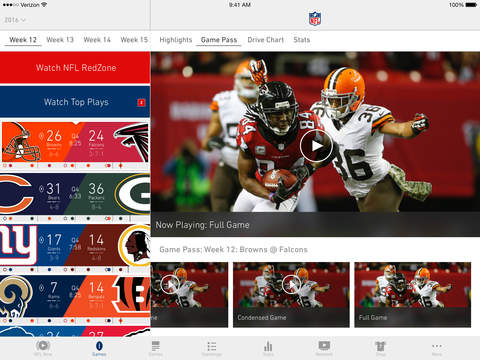 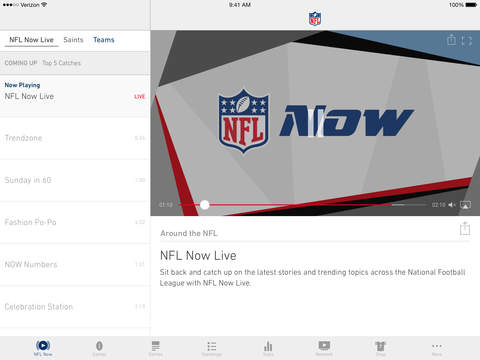