keep you in touch with your mobile all day. found in 1 reviews
fourth level 4 x 4 matrix with target 2048. found in 1 reviews
fifth level 4 x 4 matrix with target 4096. found in 1 reviews
If you are iPhone and iPad owner,you now can download Numerado 4096 for free from Apple Store. The application is supporting English language. It weighs in at only 58.9 MB to download. The new Numerado 4096 app version 1.0 has been updated on 2014-11-06. For ensuring consistency with the device you should take into account the following app compatibility information: Requires iOS 6.0 or later. Compatible with iPhone, iPad, and iPod touch. This app is optimized for iPhone 5.
Bottom Line: For more information about Numerado 4096 check developer Prajith R`s website : http://www.zenaspirations.com

Game Numerado 4096 is a simple mind game of numbers starting with 25 columns. First , 2 tiles will be available with 2s, while using the arrow key up, down, right and left same digits ...
​ 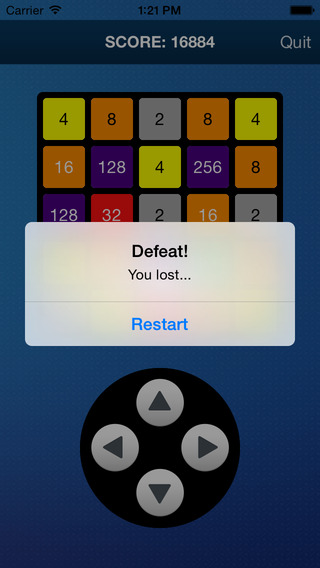 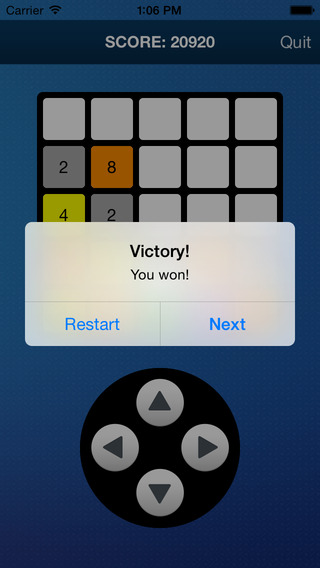 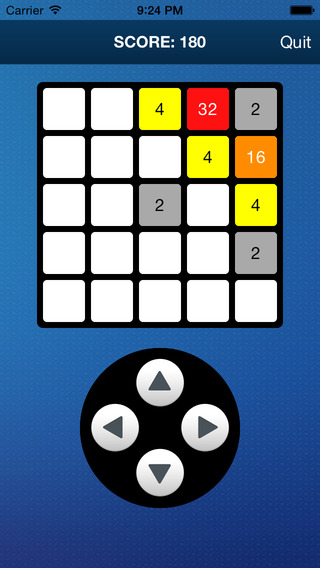