.
Overall Satisfactionc88
It's one of the best games I've played in a while.
This is one of my favorite games well worth it and very challenging.
It uses locations near you and is an amazing game overall.
Best mmorpg I have ever played on my iPhone.
One of the better games out there especially for zombie fans.
Every other game I've played is very hard to progress in.
I highly recommend this game to everyone.
I would recommend it to anyone who likes zombie scenarios.
Fun & Engagingc93
Awesome game for anyone that has an interest in zombies.
A very good zombie game definitely worth my time.
NOT A GOOD ZOMBIE GAME.
Very addictive and can definitely kill some time for you.
This game is amazingly addictive and super fun to play.
Like everyone says this game is pretty hard to put down.
Absolutely addicted to this game at the moment.
Please Stay Camr - Zombie Apocalypse MMORPG is an entertaining game.
I think this game is loads of fun.
Usefulnessc100
This game is amazing i play it everyday its soo fun.
I play every day multi times.
Value for Moneyc69
Replay Valuec78
but not much more to offer Gets boring quickly.
Zombie killing never gets old.
Social Aspectsc84
So much fun and great to play with friends in "real" settings.
The social aspect really adds to the game a lot.
A new people safehouse i own is MEEST.
So it has the Achilles heel of all social networking games.
I just need more people around me to play.
Overall fun multiplayer game.
Production Valuesc92
More animation.
Fun interface.
Ease of Usec98
Takes a moment to get the hang of things.
and very easy to get the hang of.
Simple game play- you pick it up in a minute.
Seems like a super simple game at first.
easy to grasp and a lot of fun.
An easy to grasp.
Solid and Simple.
Reliabilityc57
people say to much sexual themes.
It crashes to much but its cool make a new update plz.
Updates & Supportc86
the customer service of this game is fantastic.
5 STAR CUSTOMER SERVICE.
So much fun and great to play with friends in "real" settings. found in 26 reviews
Passes the time without anything complicated. found in 4 reviews
This game is amazing i play it everyday its soo fun. found in 9 reviews
Great game and interesting story line. found in 8 reviews
Awesome game for anyone that has an interest in zombies. found in 147 reviews
Very fun addictive game that you will meet new friends in. found in 32 reviews
Continuous updates from the design team keep me coming back for more. found in 5 reviews
Truly a fun and interesting game. found in 8 reviews
but now the new update won't even let me open the app. found in 4 reviews
It crashes to much but its cool make a new update plz. found in 16 reviews
The app closes out every time I visit black market. found in 15 reviews
so please keep the updates coming. found in 2 reviews
Though recently its been saying I have no Internet connection. found in 8 reviews
I can't play anymore. found in 2 reviews
Fun but short lived. found in 2 reviews
Everytime it starts up it crashes instantly. found in 2 reviews
Please stop crashing. found in 3 reviews
Recommended but four star because of some connection issues. found in 2 reviews
The game needs another server or a reset. found in 5 reviews
Same I can't even register. found in 3 reviews
But location services bug. found in 1 reviews
Game won't open after update. found in 7 reviews
gets repetitive after a while and seems lacking in some areas. found in 2 reviews
Really fun and addictive but it crashes way too much. found in 2 reviews
Now it just quits to home screen without reason. found in 8 reviews
The new update is making the app harder to load. found in 13 reviews
but not much more to offer Gets boring quickly. found in 7 reviews
Anything that requires location services to be on is stupid. found in 11 reviews
Spend most of the time waiting for things to load. found in 13 reviews
Probably the worst game I've ever downloaded. found in 3 reviews
Fix crashes. found in 3 reviews
Just updated and the game won't open. found in 7 reviews
Game stole real life money. found in 3 reviews
I can't even register as a new member. found in 3 reviews
Crashes everytime when I try to enter black market. found in 15 reviews
but every time I try to play the first zombie encounter. found in 5 reviews
If you are iPhone and iPad owner,you now can download Please Stay Calm - Zombie Apocalypse MMORPG for free from Apple Store. The application is supporting English language. It weighs in at only 17.8 MB to download. It is highly advisable to have the latest app version installed so that you don`t miss out on the fresh new features and improvements. The current app version 1.2.4 has been released on 2014-11-08. For ensuring consistency with the device you should take into account the following app compatibility information: Compatible with iPhone, iPod touch, and iPad. Requires iOS 4.1 or later.
More Info: Find more info about Please Stay Calm - Zombie Apocalypse MMORPG in Massive Damage, Inc.`s Official Website : http://www.pleasestaycalm.com

This great app is brought to you by FreeAppParty.com. Become a member to receive notifications of more cool apps and giveaways. "Please Stay Calm seems to take the cake. Its depth, storyline and graphics make it ...
​ 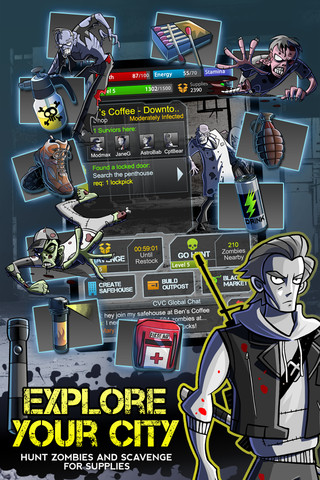 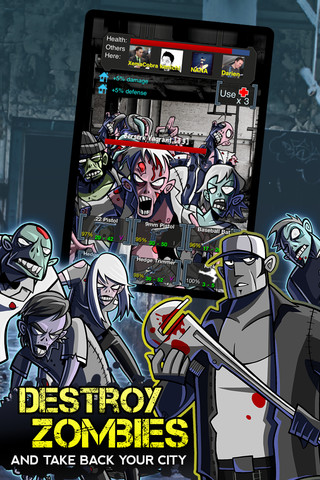 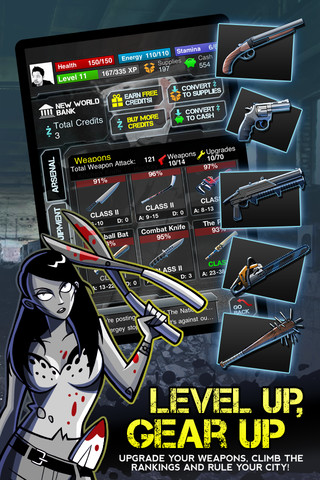