The Psychological Measurement is now available for $3.99 for both iPhone and iPad owners.The application is designed for use in English language. It weighs in at only 3.3 MB to download. It is highly advisable to have the latest app version installed so that you don`t miss out on the fresh new features and improvements. The current app version 1.0.1 has been released on 2014-11-31. The Apple Store includes a very useful feature that will check if your device and iOS version are both compatible with the app. Most iPhone and iPad are compatible. Here is the app`s compatibility information: Compatible with iPhone 3GS, iPhone 4, iPhone 4S, iPod touch (3rd generation), iPod touch (4th generation) and iPad.Requires iOS 5.0 or later.
Bottom Line: For more information about Psychological Measurement check developer Randomly Parallel Apps Inc.`s website : http://

Special introductory pricing -- 25% off until June 15th Psychological Measurement (or psychometrics) is the branch of psychology that deals with the theory and technique of constructing and validating questionnaires and tests to measure abilities, ...

This app is more of an encyclopedia or dictionary of terms and methods It may be useful for a student who needs a basic cheat sheet or note cards for projects organized in a thoughtful way but it will not be as useful for someone who is either trying to get a better understanding of basic testing methodologies or who is looking to experiment with tests themselves           Provides No Actual Testing
By Kostas Gar.
​ 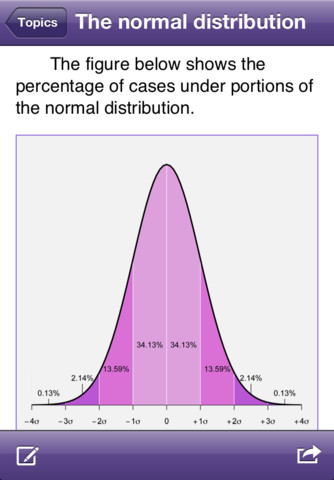 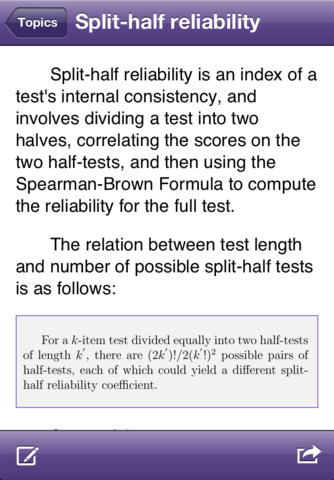 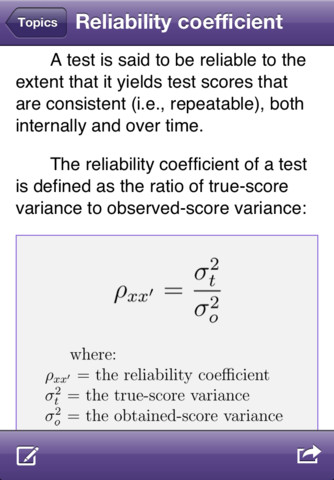