The Robert Burns Poems is now available for $2.99 for both iPhone and iPad owners.The application is designed for use in English language. It weighs in at only 0.6 MB to download. The new Robert Burns Poems app version 2.0 has been updated on 2014-11-03. For ensuring consistency with the device you should take into account the following app compatibility information: Compatible with iPhone, iPod touch, and iPad.Requires iOS 4.0 or later.
Bottom Line: For more information about Robert Burns Poems check developer Zuztertu Ltd`s website : http://www.zuztertu.com

Robert Burns (1759-1796) is one of Scotland s greatest writers, and is sometimes simply referred to as The Bard in Scotland. This application contains a selection of his poems, including his most famous Auld Lang Syne ...
​ 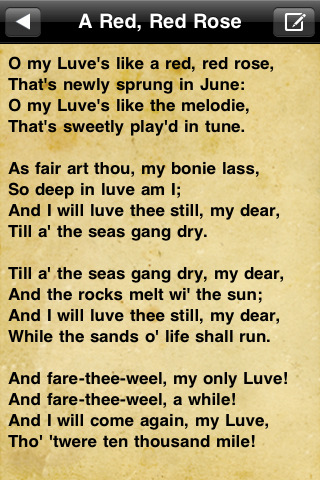 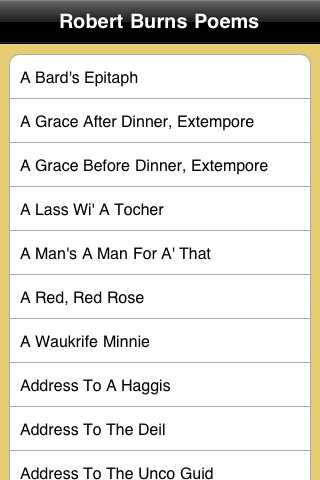 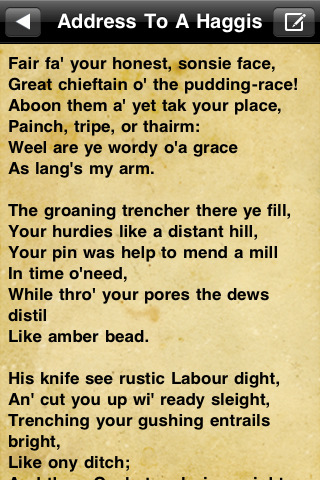