Kaisatec , the publisher behind many iOS app (iCheckList For iPad ,Screensaver Lite For iPad ,eTransfer For iPad ,Mahjong Solitaire 2014 ,Lotto Wizard ,Bandwidth), brings Screensaver Lite with a number of new features along with the usual bug fixes. Screensaver Lite app has been update to version 2.0 with several major changes and improvements. App release that improves performance, provides several new options.
.

The Screensaver Lite is now available as a free download on Apple Store for both iPhone and iPad owners.The application is designed for use in English language. It weighs in at only 15.1 MB to download. It is highly advisable to have the latest app version installed so that you don`t miss out on the fresh new features and improvements. The current app version 2.0 has been released on 2014-11-06. For ensuring consistency with the device you should take into account the following app compatibility information: Compatible with iPhone, iPod touch, and iPad.Requires iOS 3.0 or later
More Info: Find more info about Screensaver Lite in Kaisatec`s Official Website : http://www.kaisatec.com

An easy-to-use screensaver maker It provides you function to add, edit, make the screensaver using your favorite photos and music. Professional user interface and very easy to use. Choose from transition effects for your screensaver. Multiple music ...

This app just crashes shows a mountain then crashes dont get this app not worth it     Hate it
Handsdown worst app ever It is so slow It locked up and closed out on me three times within two minutes     Can I give it a zero
Wast of time     Stupid
You just have to tap the finger icon on the right to get into the slideshow editor                 This app works fine
the app open up the closes     BAD APP
My review is ALMOST the same as everyone elses Open the app see a pic of a mountain and it crashes I cannot use this app at all on my iPhone Interestingly it works PERFECTLY on my iPad Air I customized it with pics I like and it runs continuously with no problem App Developer maybe this gives you a clue where to start looking to fix it I have to say Im glad it works so well on my Air since thats where I really need a screensaver more Im giving it four stars because it works so great on my Air              Almost but not quite
opens than closes     stupid
I got sooooooo excited and thought I finally found a great app So if you want this app dont get youre Hopes up bcuz all it will do is bring up a pic of a mountain which is actually prettylol but then it crashes So the reason I gave it TWO stars INSTEAD OF ONE it would make sense to give one but because I am hoping for an update if you get frustrated easily DO NOT GET THIS APP but I do like the pic of the mountainLOL        Why two stars Read more
Please anyone who is reading this DONT GET THIS SUPER STUPID APP Yay all It does it crash Why was this app even put up     Hate this app
Opens then closes     Poop
Crash that is all     Crashes
Its not the best of app but it works for my phone the app may close at times but it works           Its ok
Do not get this app crashes every time it launches     Crashes every time
It wont even let you get to the first part Theres supposed to be zero stars     Crap
I love the professional user interface It shows a lovely mountain pic for 10 seconds then crashes     Fartastic
THE STUPID THING WOULDNT EVEN OPEN Dont waste your money people     DONT BOTHER
This is so dumb as soon as i open it It closes     Dumb
Worst app ever     Stupid
This is very stupid all it does is show a mountain then crashes dont get this crappy app     Horrible
Worst app ever All it does is show a mountain and then quits     Dont waste your time
it dont work it just comes a pic of a mountain and closes the application     terrible
It crashes some times but it works sometimes        It is ok
All it does is crash I hate it     Its great If u like to watch apps crash
Forced closed the first time I used it Its just really showing picture sideshows not motion and that kind of stuff Guys if you want this to work for you tap the bottom right of the screen           Its ok
Wow great a mountain I have been looking for an app that shows me a stupid mountain and then crashes Thanks notice the sarcasm dripping from my voice     Just no
I hate this DUMBSTUPIDAPP Cant the at least be one app that worksalthough I did get an AWESOME picture of a mountainbut UGGGG STUPIDSTUPIDSTUPIDSTUPIDSTIPIDAPP     Piece of
Its shows a gay mountain then stops working     GAY
acts like it works but doesnt get on app and crashes needs update     Waste of Space
This app does not work at all I have no use for this app It opens then shows a picture of a mountain then it crashes     No use at all
Just crashes     Wow crashtastic app
This application works great I had no problem creating a 10 picture slide show that runs continuously without going to sleep It just runs and runs The only neg is that it requires one click of the app to launch Just one                 Whats all the fuss
Crappiest app ever It wont let you do anything DO NOT WASTE YOUR TIME GETTING THIS APP It crashes 247 Probably one of the worst apps in the app store     DONT WASTE YOUR TIME
Y should they even sell it on the app store Because it needs an update I played on my friends iPhone and it doesnt work     Worst app
I got my hopes up on finally finding an app that makes screen savers but this just crashes just stupid either fix it or delete it please     Terrible
When I tried to put it on it went to my home menu every time it never worked I deleted it so it did not ruin my iPod I want to give it 0 stars but can not     Worst app ever
This app doesnt open I had it for a week I dont think you should get this app I cant open it but I bet it stinks     This app is terrible
The app crashes way too much and I would very much appreciate it if you fixed that PLEASE FIX YOUR APP     PLEASE FIX
By Kostas Gar.
​ 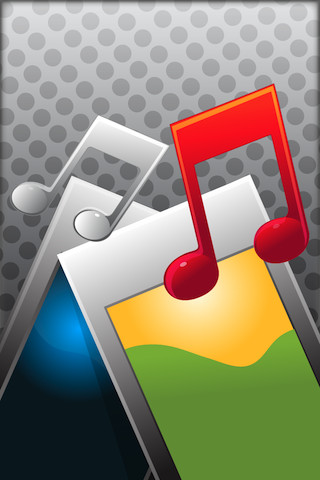