If you are iPhone and iPad owner,you now can download Einstein`s Puzzle Free for free from Apple Store. The application is supporting English language. It weighs in at only 7.4 MB to download. The new Einstein`s Puzzle Free app version 2.5 has been updated on 2014-11-29. For ensuring consistency with the device you should take into account the following app compatibility information: Compatible with iPhone, iPod touch, and iPad.Requires iOS 4.3.3 or later.
More Info: Find more info about Einstein`s Puzzle Free in appscraft`s Official Website : http://appscraft.ru/EinsteinsPuzzle

The Einstein`s Puzzle is a well-known logic puzzle. It is often called zebra puzzle or Einstein`s Riddle because it is said to have been invented by Albert Einstein as a boy; it is sometimes claimed ... 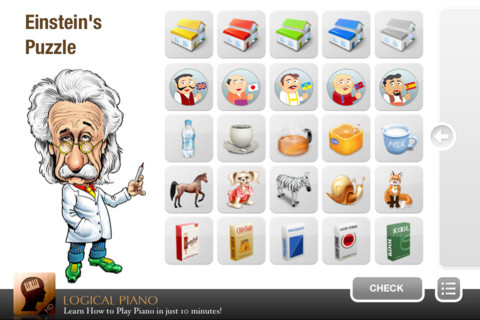 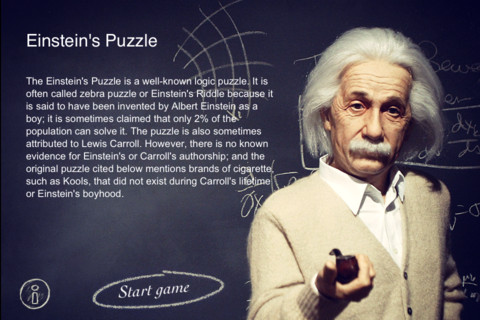 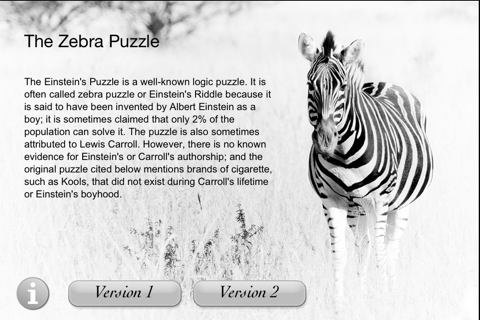 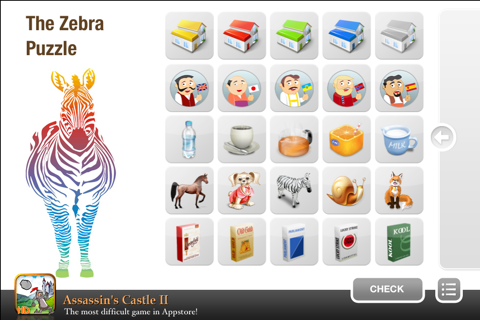 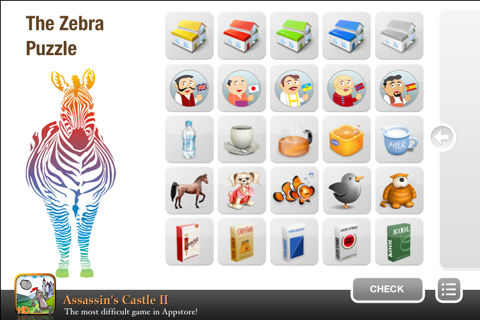