Defense of Kingdom: HomeWorld Defend of Field Battle Defense Game
By Sun Mengdong ( Free )
The most funny tower defense game is coming Commander, our clan is in great danger which we've never faced You must face the forces of Darkness and stop the Fire Lord before he acts on his ...
4 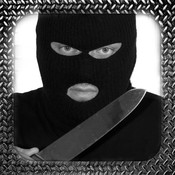 Defense from Ambush Full Training - Martial Arts Core Self Defense
By Innotech Media ( $9.99 )
Make them regret picking the wrong victim Muggers and even police know how to use the element of surprise. Adam shows you how to turn the odds to your favor How do you defend yourself from ...
5 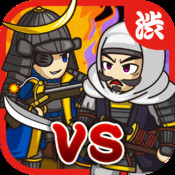 Warfare Defense-Empires Command:Classical World War Soldier Defense Battle
By Sun Mengdong ( Free )
Are you tired of hard core defense games? Then, try this one This is an easy-to-play tower defense game in a very cute cartoon style. War has entered the intensified stage: the city has been surrounded by ...
8

Defense Strategy: Battle Defense Hero Monster War
By Kien Bui ( Free )
Get ready for modern battles to defend your islands against evil invaders Fight in tropical islands, mountains and deserts. The best total defense you've ever seen with a huge amount of iron and battles Defense games have never ...
9

Base Defense ~ Classic Tower Defense Strategy Game
By Narisara Rattanalaor ( Free )
The sequel to the hit tower defense strategy adventure Base Defense is finally here. Protect your base using quick thinking and an arsenal of awesome TD weapons.
12 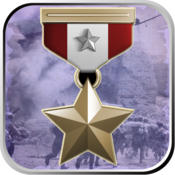 Concrete Defense - Most popular WW2 tower defense game ever
By Zhongnan Ma ( Free )
This is a game about defense, it will take you back to the war-torn, smoke-filled battlefield in World War II. You will defend the enemies` attack by using proper strategies and building different types of ...
13

Concrete Defense – WWII Tower Defense Tank Game
By Zhongnan Ma ( 0.990 )
Are you looking for a way to relive the intensity of World War II? Concrete Defense is the ultimate tower defense game that helps you enjoy an action packed, exciting and very realistic WWII battle ...
14 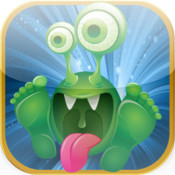 Castle Legend: Block Defense Saga - Fun Addictive Defense Game (Best free kids games)
By Top Action Games ( Free )
Ready to defend your kingdom from zombies? This is one of the best fusion in defense games. Choose from four different difficulty level and enjoy the game at your own phase Humans have never been ...
15

Art of Defense - Tower defense in the year 2020
By Nguyen Cong Huy ( Free )
Tower defense war is never finished In the year 2020, a dictator invades our beautiful country We need to protect our kingdom, our civilians. Our army has many kinds of weapon, like machine guns, ice bunkers, flame ...

Self Defense+
By KiritKumar Thakkar ( 2.990 )
This Self Defense App Some Background Break Away Differences In Martial Arts And Self Defense Postures And Body Tools Placement And Hits Escapes From Basic Holds Video Self Defense Training: How to Defend Yourself From an Attacker Self-defense technique against common attacks 5 self defence ...
4 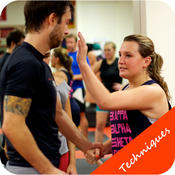 Last Kingdom - HOT TD Game
By Hiep Nguyen ( Free )
----This is the first tower defense game for IOS, in which enemies and your heroes supported by towers can attack each other If you like war games or defense games, this will be a must try ...
9 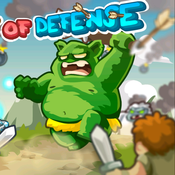 Defense Lite
By Phan Khanh ( Free )
You may have played many of Classic Defense games but Defense Lite, with tons of different challenging maps, each with its own unique setting ready to test your skill, this must be the best one ...
14 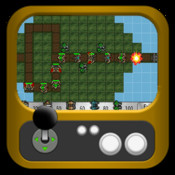 战争塔防-塔防类游戏经典现代战争td
By Feijian Yao ( Free )
War is a defense to the background of World War II tower defense game, retained the defense of radish play, in addition to the new two models: Assault Mode /Boss mode, make the defense more ...