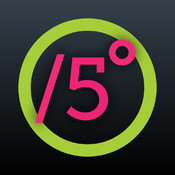 Fifth Degree: MIDI Sequencer
By Bernie Maier ( Free )
From a few simple elements complexity can arise. Fifth Degree is a MIDI sequencer based on a simple concept: loop around the musical circle of fifths in key and tweak the performance parameters live. You ...
2 ArpBud - MIDI Sequencer & More
By Cem Olcay ( 1.99 )
ArpBud has two main sequencers: the interval sequencer and the pitch sequencer, with unlimited number of steps for both. You can design your arpeggios by interval values in interval sequencer. And you can drive your ...
3 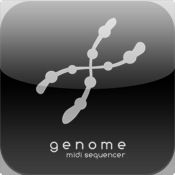 Genome MIDI Sequencer
By White Noise Audio Software ( $12.99 )
Musicians can start tearing it up in the studio with Genome MIDI Sequencer (GMS), a powerful pattern based MIDI sequencer for the iPad. With GMS you can control all of your MIDI gear - sequence ...
4 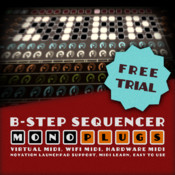 B-Step Sequencer - MIDI Studio
By Thomas Arndt ( $11.99 )
Transform your iPad to a real music-sequencer workstation with B-Step The sequencer comes with native support for one or two Novation Launchpads. B-Step supports CoreMIDI, Virtual MIDI ports, Network MIDI and a lot of MIDI hardware ...
6 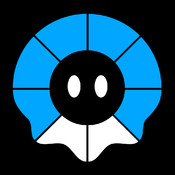 Spectre Modular Midi Sequencer
By Anthony Henderson ( $7.99 )
The Spectre Midi Sequencer is a modular sequencing iPad app. This app is built to emulate the way analog modular synthesizer sequencing systems operate. The modules used in this app are basic building blocks for ...
7 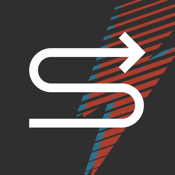 SnakeBud - AUv3 MIDI Sequencer
By Cem Olcay ( 4.99 )
SnakeBud is a 16-step AUv3 MIDI Sequencer with a 4x4 grid. You can set the note, gate, velocity and probability values for each step and you can also toggle them on/off. It has 24 snake patterns ...
8 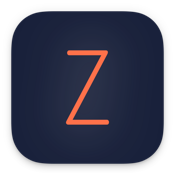 ZOA — Living MIDI Sequencer
By Ryan Robinson ( Free )
ZOA is a creative MIDI sequencer that is both immediate and immense. ZOA uses a custom, musical implementation of John Conway s Game of Life to generate melody, harmony, and rhythm. Up to four playheads move ...
9 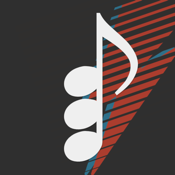 ChordBud 2 AUv3 MIDI Sequencer
By Cem Olcay ( 4.99 )
ChordBud 2 is a MIDI chord sequencer where you can create unique chord progressions very quickly. It has a very powerful music theory engine under the hood with +40 scales. You can select the scales you ...
10 Helium AUv3 MIDI Sequencer
By Limelight Software ( 9.99 )
Helium is a lightweight AUv3 MIDI sequencer plugin designed specifically for AUM. It supports up to 16 tracks of unlimited length with the ability to direct output to 16 channels on 4 MIDI output ports. One ...
11 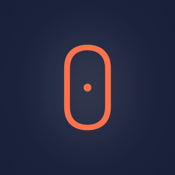 OODA — Portable MIDI Sequencer
By Ryan Robinson ( Free )
OODA is a fresh take on the classic MIDI step sequencer with interactive and semi-generative enhancements. What makes OODA unique is that you can connect arbitrary steps together using conditional wormholes to add structured (or random) ...
12 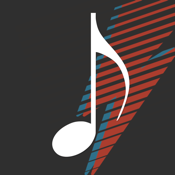 StepBud - AUv3 MIDI Sequencer
By Cem Olcay ( 4.99 )
StepBud is a MIDI Sequencer with Audio Unit AUv3 plugin, Audiobus and Ableton Link. Add an unlimited number of steps to your sequencer. Your steps appear with a LED and a fader on top of your screen. You ...
13

STEPS - MIDI Sequencer by Reactable
By Reactable Systems SL ( 2.990 )
Steps by Reactable is a small yet powerful MIDI sequencer that allows you to create complex rhythmic patterns in a surprising new way. Forget piano rolls and experiment with Steps inspiring dials. With Steps you ...
14 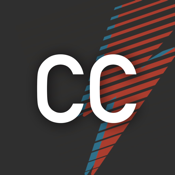 PatternBud - MIDI CC Sequencer
By Cem Olcay ( Free )
PatternBud is a MIDI CC sequencer for sequencing the patterns of your apps. If you are using a lot of Audio/MIDI apps with multiple patterns, then you can use PatternBud and sequence the patterns quickly. You ...
15 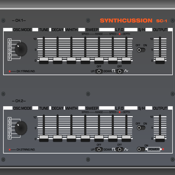 Synthcussion2022
By Domenico Cipriani ( Free )
Inspired by a legendary 2 voices drum module of the late seventies, our digital instrument was designed to maintain the playability and the fun factor of the analog device. It features 6 synthesis modes, selectable with ...
2

Doggiebox
By Zygoat Creative Technical Services ( 39.990 )
The drum sequencer for your Mac Doggiebox is a versatile and easy-to-use percussion sequencer for hobbyists and pro musicians alike. Create realistic drum tracks in minutes for recording, rehearsal, or even live performance. Edit songs of ...
3 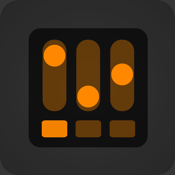 midiDREAMs
By Arthur Kerns ( 9.99 )
midiDREAMs is a MIDI AUv3 sequencer plugin designed to work like a classic analog-style modular sequencer with 16 virtual sliders and up to 64 steps per pattern. It requires a music app host that supports ...
4 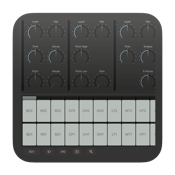 VADrum2
By Ryo Togawa ( 9.99 )
VADrum2 is a production tool to create drum tracks on iPhone, iPad and Mac. You can program drum sequence, mix the drum sounds and export audio file to be used for production or to be ...
6 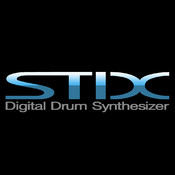 STIX Electronic Drum Synthesizer
By alexander smith ( $3.99 )
STIX is a powerful 16 channel (8x2 voices) sampling synthesizer and sequencer. Each kit features no less than 200 parameters that are controllable in real-time via touch or MIDI. STIX is also a 8 channel 16 step ...
7 Phaedra
By Naughty Panther ( $4.99 )
Phaedra is a 4-bus analog-style MIDI sequencer for iPads. INTRODUCTORY PRICE FOR A LIMITED TIME ONLY. (Note that it is a sequencer only; it doesn`t make any sound on its own.) Each bus has 32 steps ...
8 MIDI tools
By Walter Schurter ( Free )
This App makes only sense, when you connect an external MIDI device to the iPhone (e.g. iRig MIDI). "MIDI tools" is made for monitoring incoming MIDI messages (including "system exclusive" and "real time"). Some MIDI ...
10 Odessa Sequencer Suite
By Bram Bos ( $9.99 )
Odessa is a suite of MIDI sequencers and controllers that lets you explore a new, freeform approach to sequencing and controlling mobile music apps. The app contains 6 MIDI Audio Units (a totally new feature in ...
11

B-Step Sequencer - MIDI Studio
By Thomas Arndt ( $11.99 )
Transform your iPad to a real music-sequencer workstation with B-Step The sequencer comes with native support for one or two Novation Launchpads. B-Step supports CoreMIDI, Virtual MIDI ports, Network MIDI and a lot of MIDI hardware ...
12 MidiBud
By Maurizio De Cecco ( $0.99 )
MidiBud is a simple MIDI Transport Controller. It provides a remote MIDI Time Code display, convenient in dark studios, and a transport panel where you can control remotely your sequencer. A complimentary MIDI monitor allows to check ...