craes , the publisher behind many iOS app (ComboScroller ,ComboScroller for the iPad ,The College Checklist for Guys ,Wendy Corsi Staub ,ComboHelper ,ComboScroller Free), brings ComboHelper with a number of new features along with the usual bug fixes. ComboHelper app has been update to version 1.0 with several major changes and improvements. App release that improves performance, provides several new options.
.

The ComboHelper is now available for $1.99 for both iPhone and iPad owners.The application is supporting English language. It weighs in at only 0.4 MB to download. It is highly advisable to have the latest app version installed so that you don`t miss out on the fresh new features and improvements. The current app version 1.0 has been released on 2014-11-28. The Apple Store includes a very useful feature that will check if your device and iOS version are both compatible with the app. Most iPhone and iPad are compatible. Here is the app`s compatibility information: Requires iOS 4.2 or later. Compatible with iPhone, iPad, and iPod touch.
More Info: Find more info about ComboHelper in craes`s Official Website : http://www.latestcraes.com/ComboHelper

ComboHelper is the app you need when the scrambled word puzzle in the daily newspaper has you stumped - but you don`t want to give up. Its a letter combination generator that lets you review ...

This is really a great letter combination generator or is it permutations I forget the difference Its organized to make it easy to use with the four word Jumble puzzle We originally found this because of one of the developers other apps that we liked and wanted to try something else from them It worked out great because I do in fact try the Jumble puzzle in the newspaper almost everyday and when Im stumped I write all over the paper the possible combinations hoping that the answers will pop out at me It turns out that all of these Combo apps are easy to use word permutation generators or letter combination generators whichever it is And that helper button on the small slider page you should that check out its not more instructions youll see it really helps Thanks again CRAES                 Really Helps
By Kostas Gar.
​ 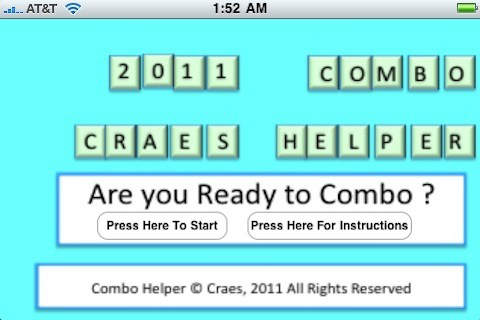 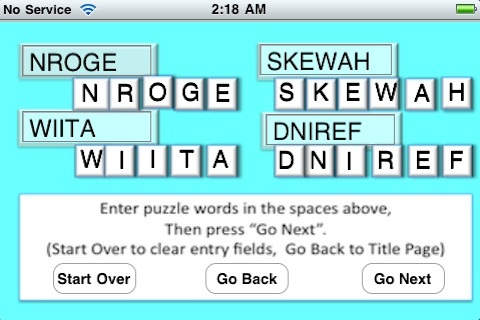 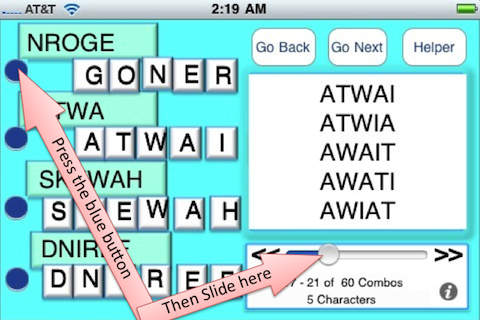