Nattapol Vasusettakun , brings Let`s Solve! with a number of new features along with the usual bug fixes. Let`s Solve! games has been update to version 1.3 with several major changes and improvements. Games release that improves performance, provides several new options.
.

If you are iPhone and iPad owner,you now can download Let`s Solve! for free from Apple Store. The application is supporting English language. It weighs in at only 1.9 MB to download. The new Let`s Solve! app version 1.3 has been updated on 2015-03-20. For ensuring consistency with the device you should take into account the following app compatibility information: Requires iOS 6.1 or later. Compatible with iPhone, iPad, and iPod touch.
Bottom Line: For more information about Let`s Solve! check developer Nattapol Vasusettakun`s website : https://www.facebook.com/nattapolv

This game is fun but there are a few problems its a timed game in the sense that if you solve the equation quick enough you get more stars but its so hard to click on the functions that its almost not possible to get the best score even if you solved it quickly The function buttons need to be bigger Possibly even just up and down arrows the filter through them also I understand why they werent added but I would like to have some parentheses it will make it easier but it could open the game up to more possibilities I feel like              Fun math game has a few bugs
By Kostas Gar.
​ 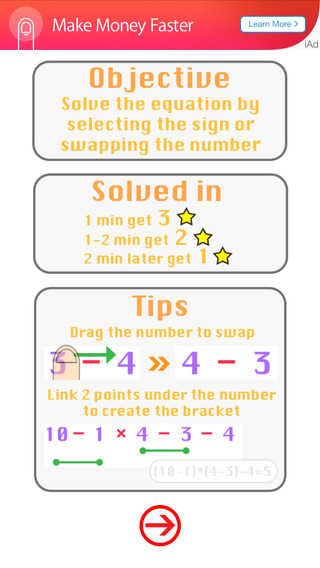 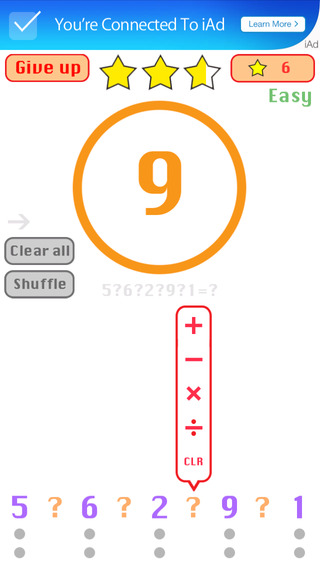