If you are iPhone and iPad owner,you now can download Time-Lapse Pro for $1.99 from Apple Store. The application is supporting English language. It weighs in at only 0.4 MB to download. It is highly advisable to have the latest app version installed so that you don`t miss out on the fresh new features and improvements. The current app version 1.3.1 has been released on 2014-11-27. For ensuring consistency with the device you should take into account the following app compatibility information: Compatible with iPhone 3GS, iPhone 4, iPhone 4S, iPod touch (4th generation), iPad 2 Wi-Fi and iPad 2 Wi-Fi + 3G.Requires iOS 4.0 or later.
Bottom Line: For more information about Time-Lapse Pro check developer Steven Chaney`s website : https://sites.google.com/site/timelapseapp/

Use this app to create cool Time-Lapse and stop-action Videos. This app allows you to take Time-Lapse Videos. Reord anywhere from 1 to 24 frames per minute. Play back at 1-30 fps. Also you can use ...

I spent all day getting the whole day time to night time Then slowly moved it all day through my house recording photos for it all in one video Then after all that hard work an advertisement popped up and cancled the whole thing Nothing was saved No video was made All that time i spent on one picture per minute is completely gone Thanks alot Make the ads show up when WERE NOT MAKING A VIDEO you ruined the hours and hours i spent on that timelaps video My ipod had to sit on a charger so it wouldnt die So thanks alot for canceling all that work i did If i could choose to put zero stars i would     Ads ruined my video
Flash option perhaps                 One option
By Kostas Gar.
​ 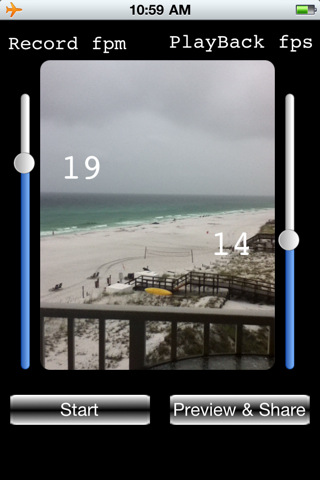 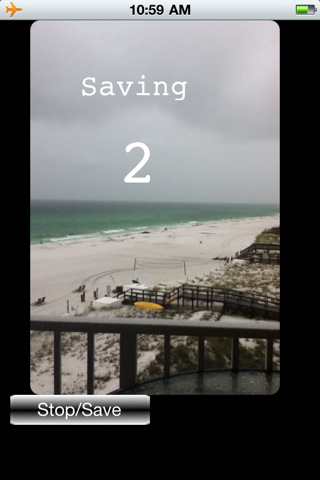 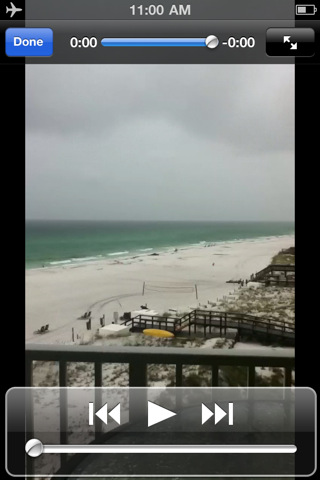